My name is Philip duBarry. I've always been into playing and designing games. When I was a kid I played endless games of Risk and Monopoly with my family. I also played lots of Chess. I designed several roll-and-move games. As I got older, I started coming up with slightly better games (and playing better games), but still nothing anyone else cared to play. Then one day a few years ago, I read a book about political intrigue and revolution in 1800s Peru and Chile. This needed to be a game. So I tried to make it. And got nowhere--until a few months later when the solution popped into my head.

Soon, I had a working prototype of Revolution! and got all my friends and family to play it over and over again. It turned out that they didn't mind so much--in fact, they all kind of liked it. This was certainly a new experience. I made a game other people like? That must be a sign. So I set about figuring out how to manufacture the game by hand and sell them on the Internet. After several months, I had sold about 50. One of these was purchased by Phil Reed of Steve Jackson Games (someone I had never heard of). He called me up and asked me if I had thought about getting Revolution! published. !!! Before long I was signing a contract.

Since then my brain has been overflowing with new game ideas, which I try to record in my notebook. In addition to Revolution!, I've also designed The Palace (an expansion for Revolution!), Kingdom of Solomon from Minion Games, Courtier and Canalis (both part of the Tempest series from AEG). More and more games are on the way!
Posted by Philip at 10:08 PM 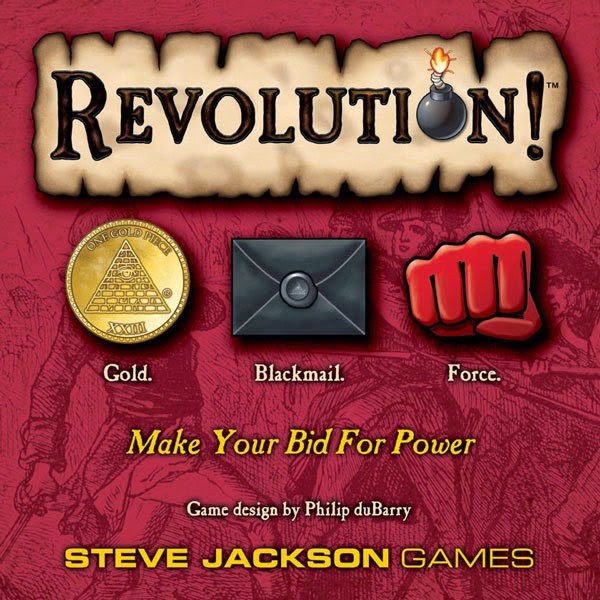 is the first board game I ever created that other people actually wanted to play with me. I sold the first handmade copies in 2008. The game was picked up by Steve Jackson Games and published in 2009. It features blind bidding and area control as players attempt to gain the most support for their political faction. 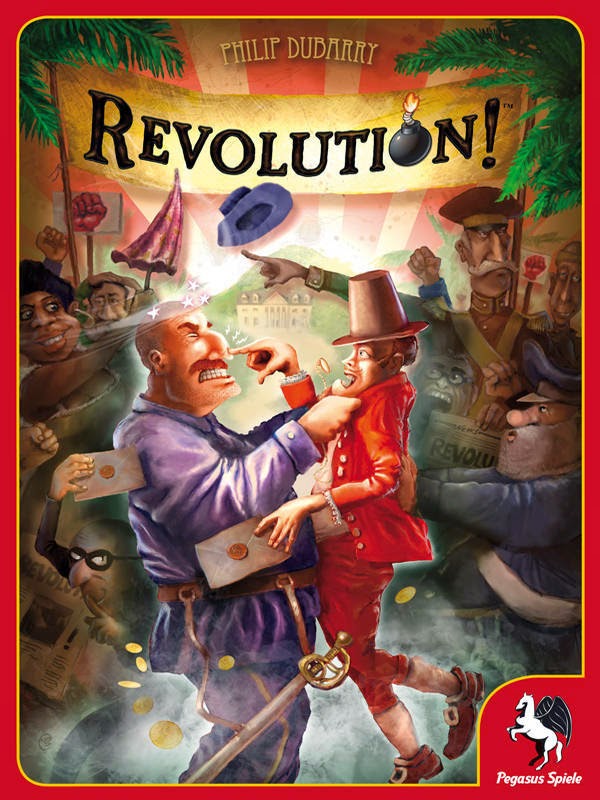 Pegasus Spiele, a German partner of Steve Jackson Games, agreed to publish the game in 2010 for the German market with all new artwork. 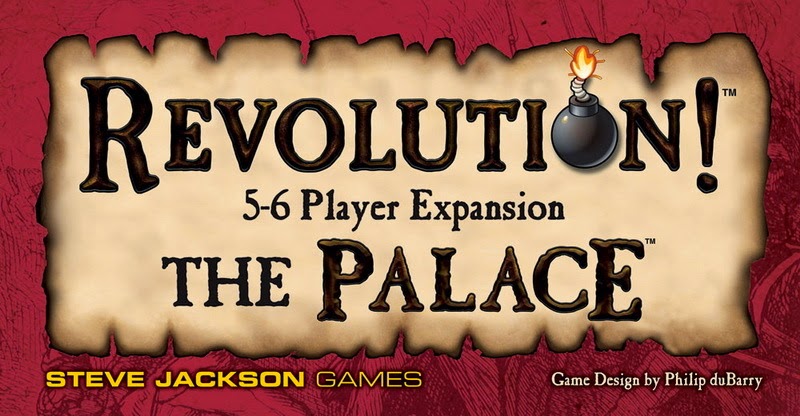 , the first expansion to Revolution!, was released in 2010. It allows up to six players to play the game. 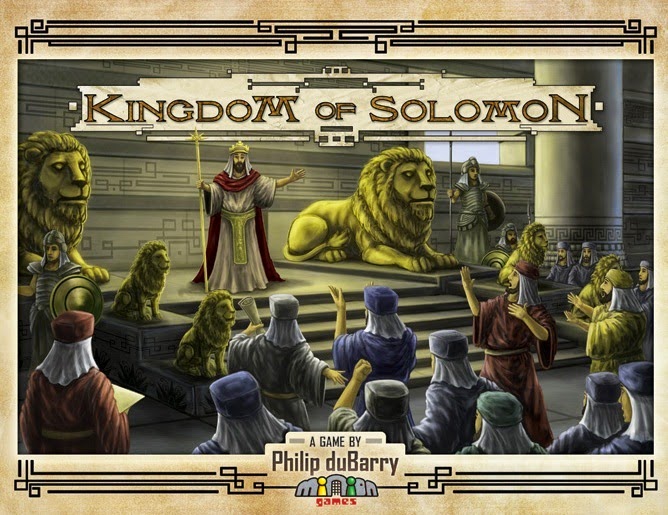 was published in 2011 through a successful Kickstarter campaign. It features worker placement and a unique biblical theme. 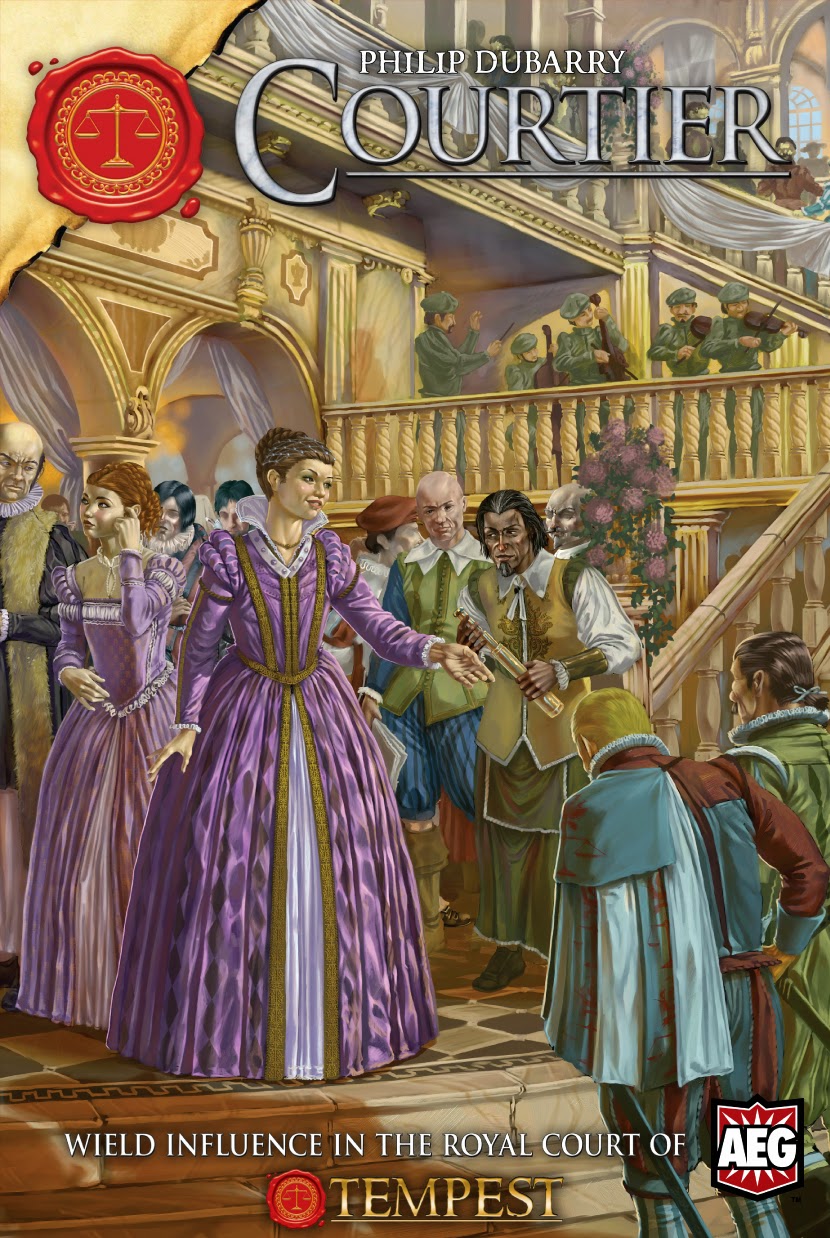 was published by AEG in 2012, leading off their Tempest series of eurogames. This is a card-based game of influence and timing set in the fictional city of Tempest. 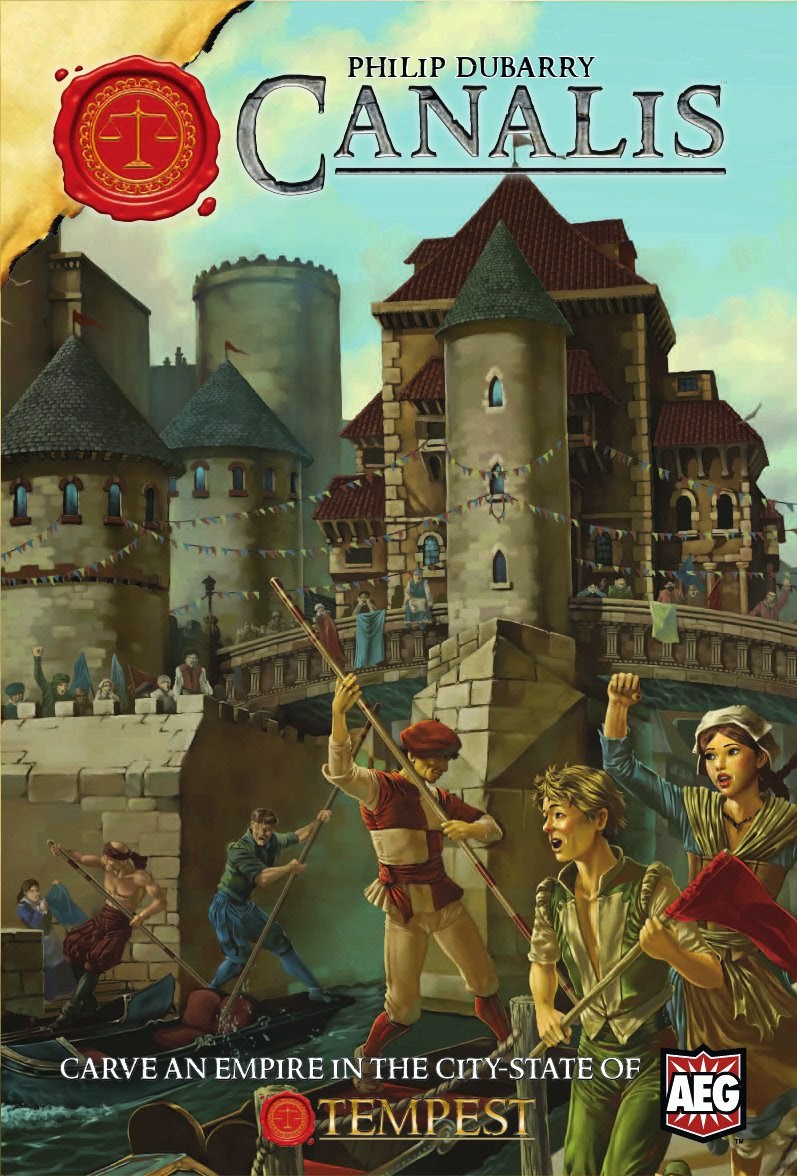 is the fourth big box game in the Tempest series. Published in 2013, it follows the citizens as they develop a nearby swamp into a thriving port. It features card-drafting and tile placement. 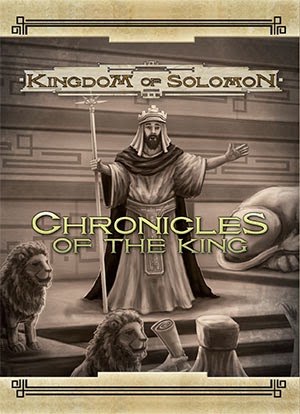 Chronicles of the King was a fan-inspired mini-expansion for Kingdom of Solomon. It was designed with Daniel McDairmant. 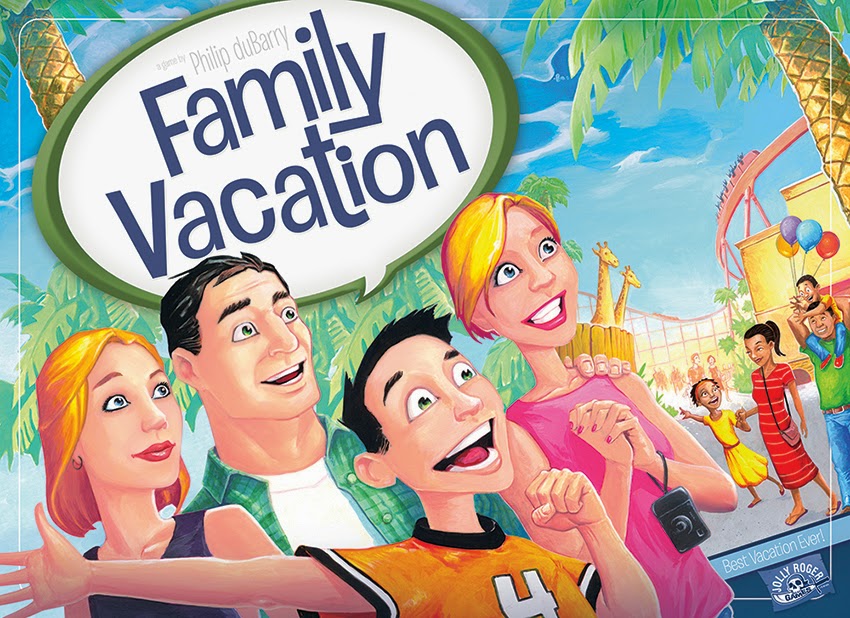 Family Vacation was published by Jolly Roger Games despite an unsuccessful Kickstarter campaign. It is a family game about going on the best vacation and trying to make your family happy. It was released in 2014. 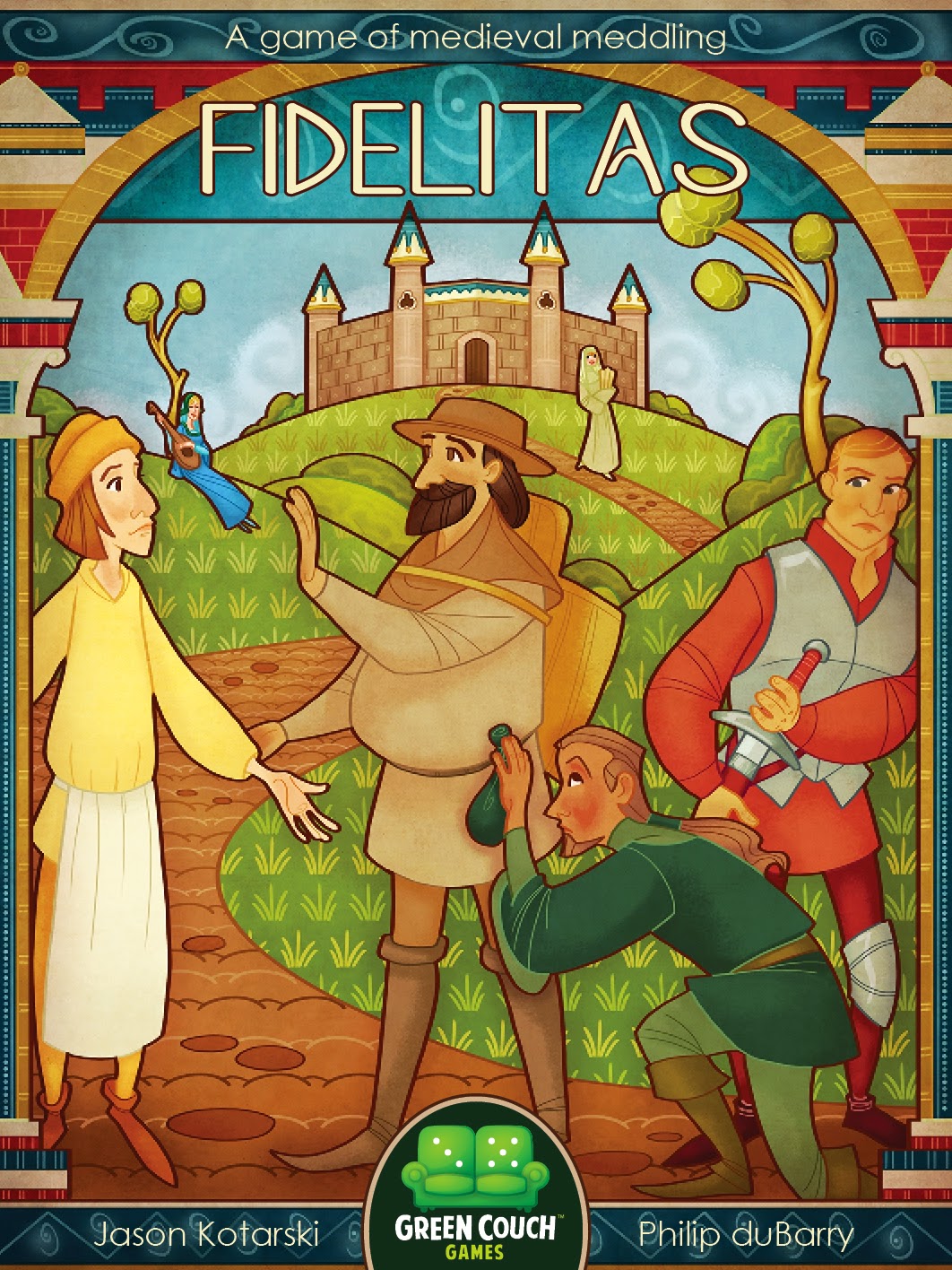 I co-designed Fidelitas with Jason Kotarski. After pitching the game to a few companies, he decided to take the plunge into the world of publishing himself with his newly-formed Green Couch Games. We had an amazing Kickstarter campaign, raising nearly $40K in support. This quick card game can now be pre-ordered on Amazon: Fidelitas 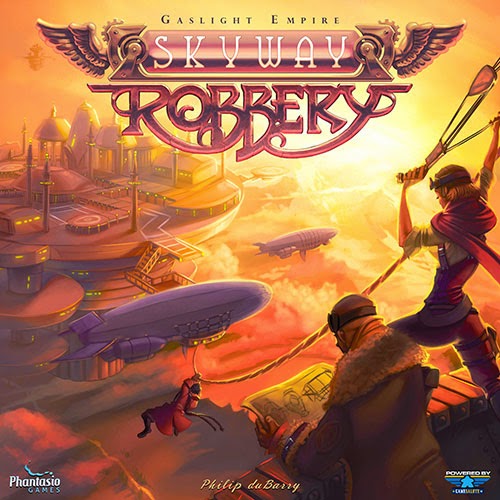 Skyway Robbery had a successful Kickstarter campaign in Fall of 2014. This game has players take on the role of master thieves putting together a crew of skilled criminals to steal various artifacts. It's steampunk setting allowed for imaginative artwork. It will be available Fall 2015. 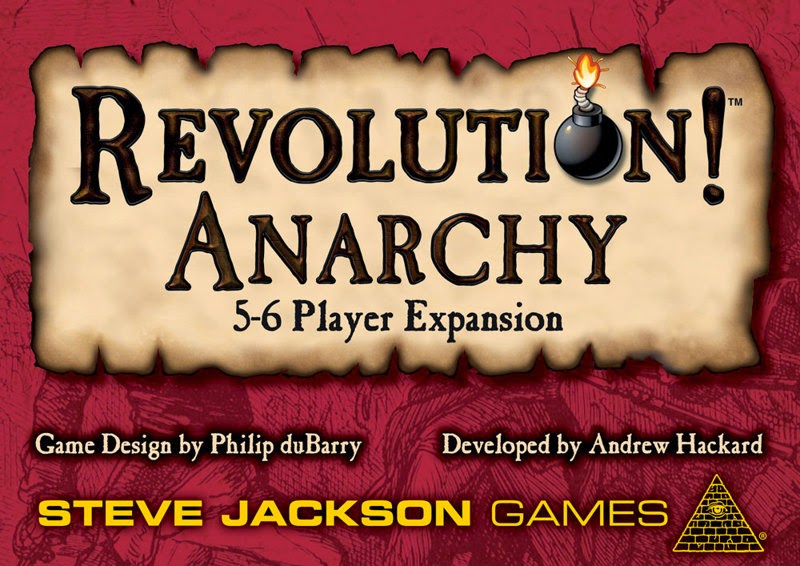 is the second expansion to Revolution! It features two additional player colors, new bidding boards, and a new board overlay with buildings worth negative support. It was released Fall 2014. 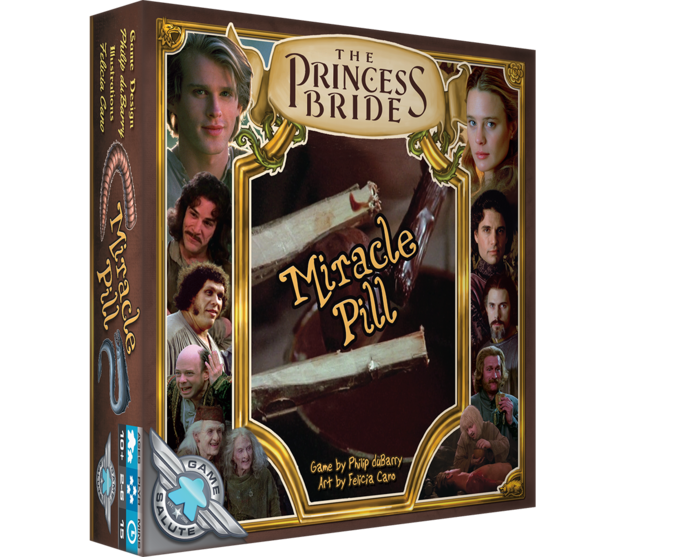 Game Salute currently has The Princess Bride license. I designed Miracle Pill, one of a series of smaller games. This game features card-drafting as players try to make the most effective pill for the Man in Black. This game should be available in Q4 of 2015. 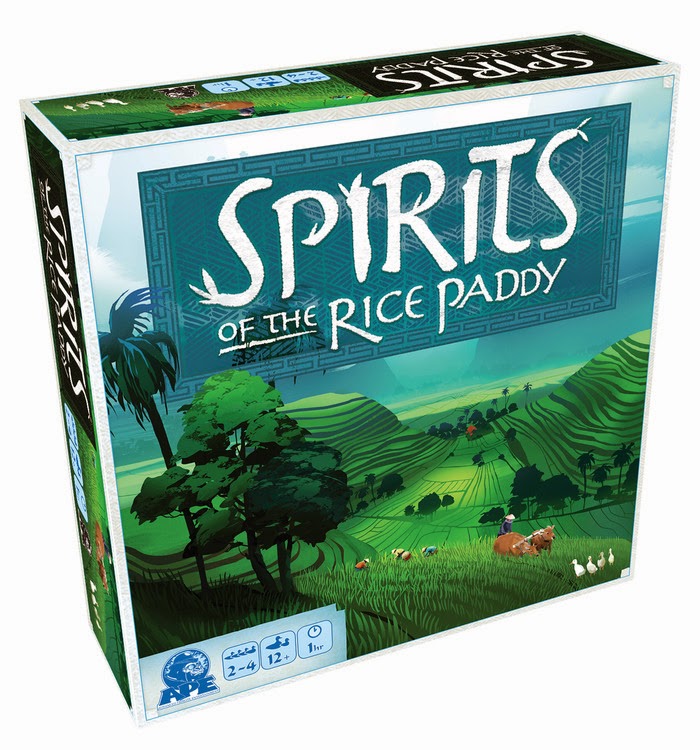 Spirits of the Rice Paddy had an amazing Kickstarter where it met and far surpassed its goal. It is a 90-120 minute game about growing rice on the island of Bali with a little help from the spirits world. It features card-drafting, worker allocation, and a unique water flow system. It should be available late 2015. 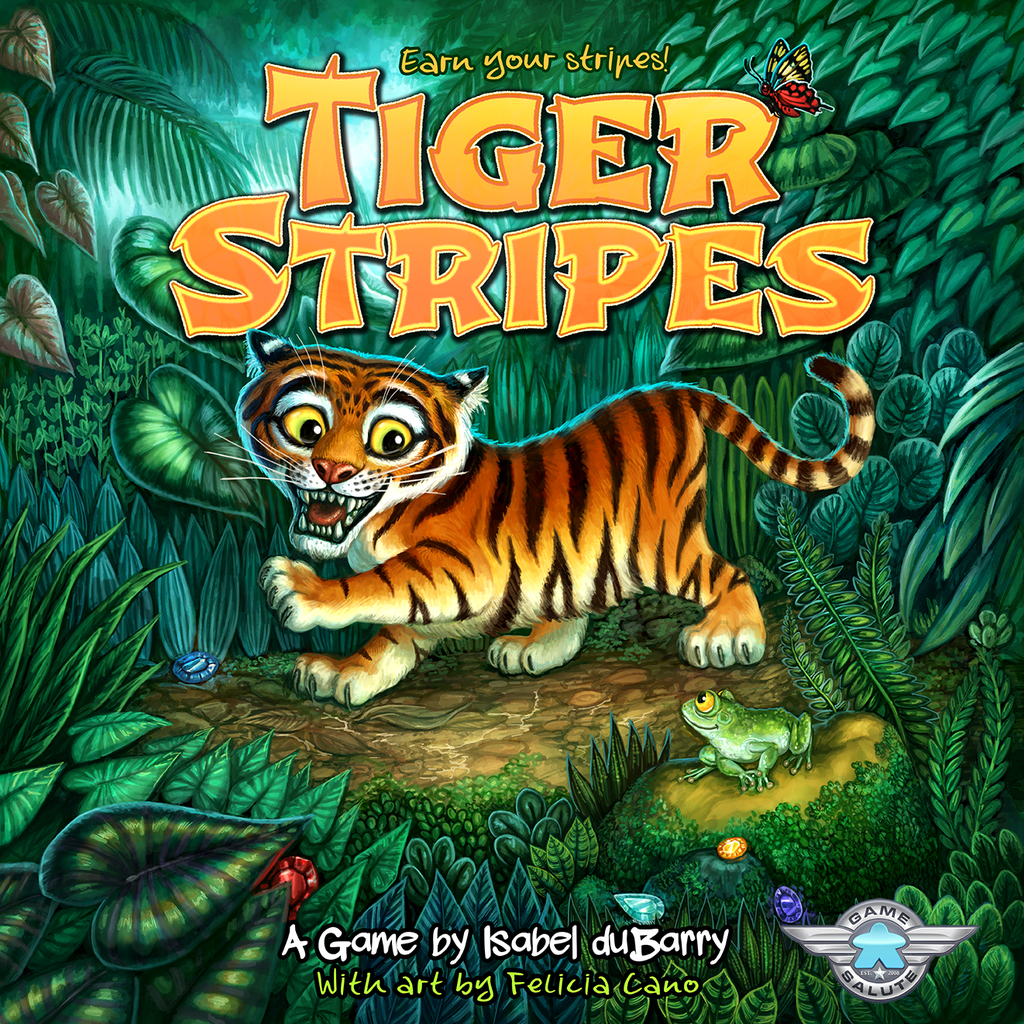 Game design seems to run in the family. Our oldest daughter, Isabel, designed Tiger Stripes back in 2010. I helped her refine the game components and ordering a small print run which she financed out of her savings. She sold enough copies to make a small profit. But the most exciting part was when Game Salute offered to produce the game with professional art and upgraded components. This was successfully funded with a Kickstarter campaign in March of 2014 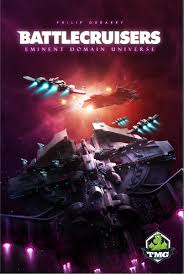 This Kickstarter (along with another expansion for the game) hit $110K. This is a stand-alone customizable micro game released at Origins 2016. 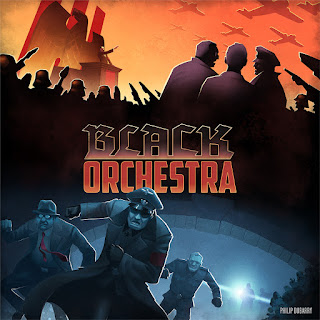 This is my first co-op game. Players are involved in the plot to assassinate Hitler during WWII. This game was released in November 2016 after a short pre-order campaign. It has since had a successful Kickstarter for the second printing, delivered in 2018. 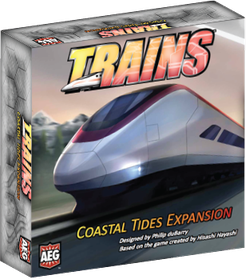 I did this expansion for AEG's Trains series a few years back. It was finally released during GenCon 2017. This expansion adds many interesting cards to allow players to experience the game in new ways. 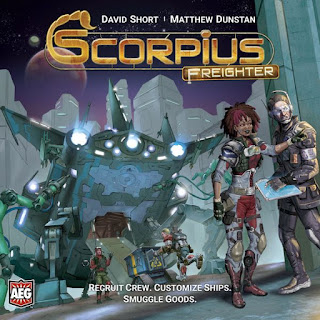 This AEG game is not one of my designs. However, it represents the first game where I served as lead developer. This was quite a learning experience, but ultimately a positive one. It was released at Essen 2018. 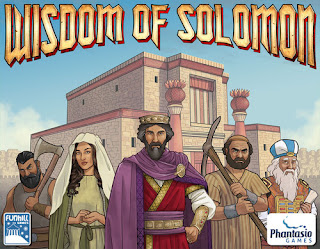 Since Kingdom of Solomon went out of print, I had wanted to bring it back in a new and improved way. Funhill Games gave me the chance to do this in 2017, with a successful Kickstarter in 2018. I am quite pleased with the production quality and game play changes. The game was delivered toward the end of 2018. 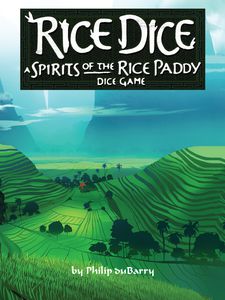 This follow-up to Spirits of the Rice Paddy explores some of the same gameplay but with dice. The Kickstarter for this game ran during April 2018. Shipped in 2019. 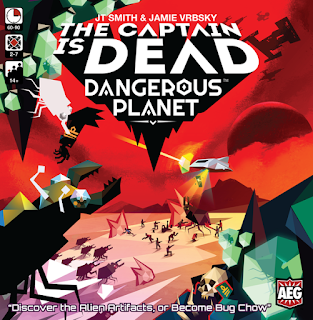 I worked as lead developer for AEG's The Captain is Dead:Dangerous Planet, the third installment of J.T. Smith's epic space co-op game. I also did art direction for this title, released at GenCon 2019. 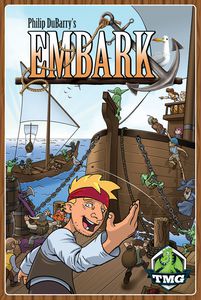 This TMG game re-implements some ideas from my first game, Revolution!, but heads in a different direction. Players assign crew to boats and sail to discover and colonize islands in a fantasy setting. This game exists in the universe of Harbour and Harvest. Released in 2019. 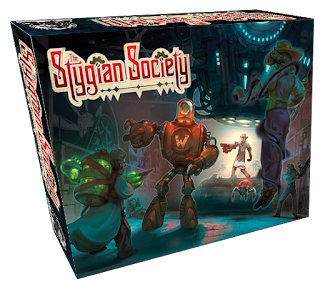 I was asked to do an expansion for the upcoming Stygian Society by Kevin Wilson. The Kickstarter went quick well (over $100K) and was delivered in 2020. 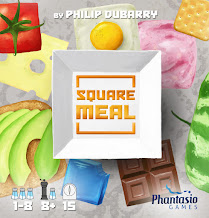 I ran my first solo Kickstarter in 2020 for Square Meal. I considered it a modest success, especially for being a 2020 project! Square Meal was delivered towards the end of the year.

You can stay up to date with these and future games by following my Facebook page. 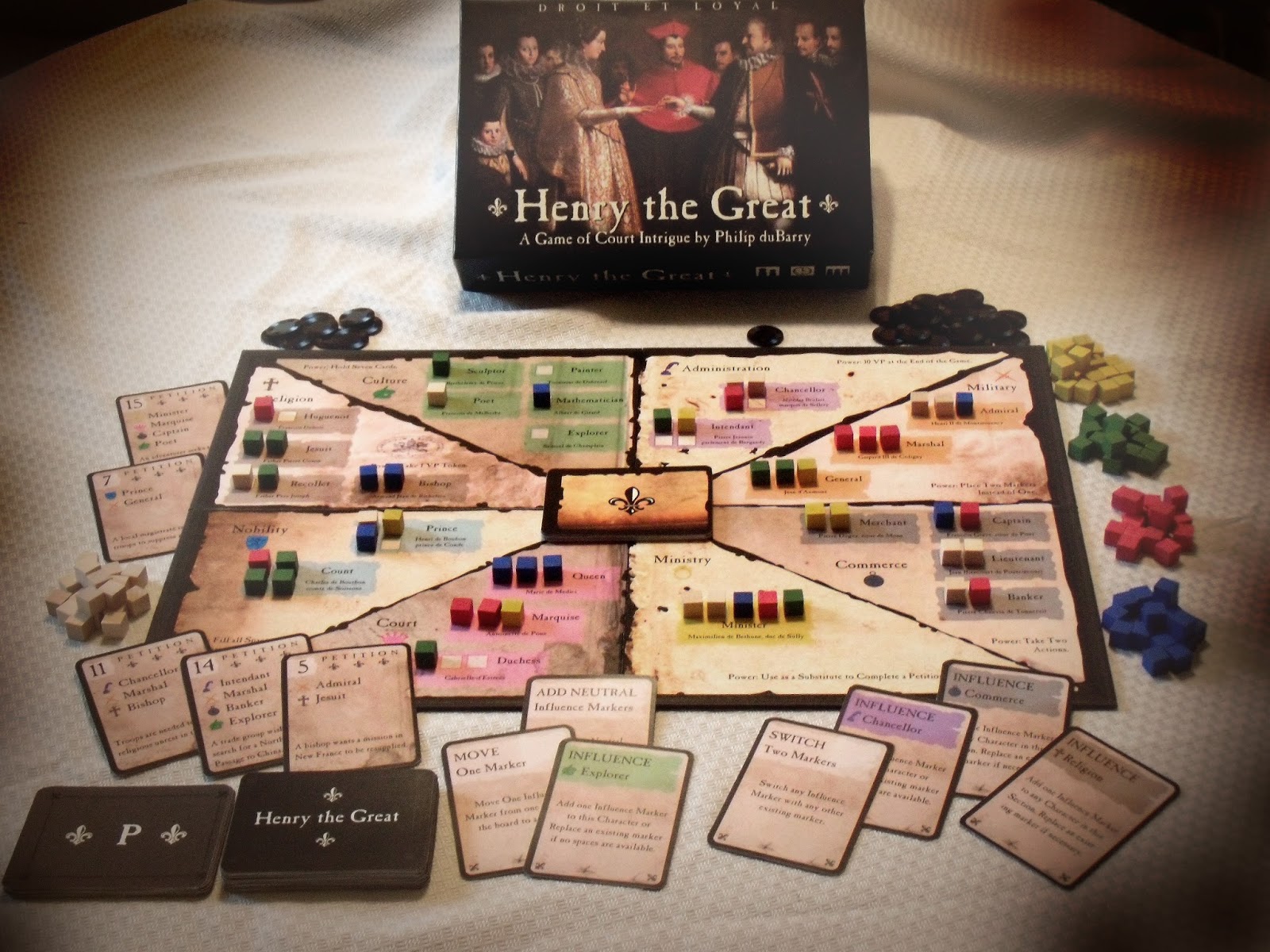 Do you have a game design project that needs a little help? Whether you are a publisher needing to hit a deadline for your new expansion or a designer who's run into a wall, I am available to assist you. I have been involved in the board game industry since 2007 and have been designing since childhood. I can also help construct high-quality prototypes and graphic design needs.

Contact me today for a quote!
Posted by Philip at 5:11 PM No comments: