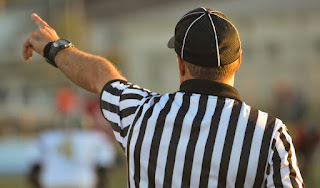 Lately, I’ve been spending a lot of time with new designers. I teach an analog game design class at Northern Kentucky University, as well as some classes for high school and middle school students at our family’s homeschool co-op.  I also serve as a judge for the CinCityCon game design contest each October. Add that all up, and I’ve seen quite a few new designs!

In all of that time, I’ve noticed some interesting patterns—common pitfalls for new designers. If you are at the beginning of your game design journey, or hoping to embark soon, I will be presenting some important information for you in the next few posts. In this first article, we will discuss rules.

Observation #1 – Rules are Bad
As game designers, we live and breathe rules. Our minds seem to gravitate toward rule-making in games and in life. We want to bless the world around us with order and elegance. We stand in line at the grocery store thinking about better ways to organize store policies. We divide and distribute the leftover brownies so that each person’s share is maximized. And, of course, we can hardly play any game without second-guessing the rules and proposing some sensible modifications. So it may come as something of a shock when I tell you that rules are bad.

Now don’t get me wrong—rules are essential to any game (and to any functioning society). Without them, games would be all but impossible. So why are they bad?

First, rules are difficult to learn. You are a lover of rules, so read that statement again. Rules are difficult to learn. Most people do not enjoy learning rules. I would say even most board game enthusiasts don’t enjoy learning rules. I know this because of the popularity of video rules explanations. I know this because of the many times I have been required to learn and explain rules to other players in my gaming sphere. Why don’t other players learn the rules ahead of time? Because they don’t want to.

Second, rules are difficult to remember. Again, read that slowly. Designers tend to have a strong bias in favor of remembering rules. We have spent years slowly forming whole new categories for understanding and retaining rules. Most people haven’t done this. You can assume that your “easy” and “straight-forward” rules will be more difficult than you image.

Third, rules get in the way of the fun. How many times have you heard the refrain, “I just want to play the game!”? Players have a deep desire to somehow just intuitively grasp the situation and get on with the fun of the game. Of course, we understand that this is practically impossible. You have to have a basic understanding of the rules to begin playing. Furthermore, players want to sail along in a game. They do not want to stop and check the rulebook every five minutes. Nor do they want to engage in complicated and tedious game operations just to get to the fun part. Rules can spoil everything!

So how do we address these concerns? I have a few suggestions.

The most important take-away here is this: try to have as few rules as possible while still maintaining your core experience. In some cases, there may still need to be quite a few rules. The trick is to have as few as you can. You must be vigilant and ruthless! Consider every last rule in your game. Is it absolutely necessary? Will the game work without it? Making your game 5% less complicated—even if it makes your game 1% less cool/fun—will be worth it. Many times, games will get more fun as you take away rules and systems. You might even have to remove or limit your core rule—so be it.

If you notice that players often forget a rule during playtesting, that can be a red flag. That rule might need to be changed or, most-likely, deleted. It doesn’t really fit, and it’s not intuitive. It’s a rough edge that needs to be smoothed out. Another red flag is any time you have trouble fitting a rule on a card or tile. If the rule takes that much space to explain, it’s probably too complicated to include. Find a better way to accomplish the same goal.

Finally, theme can be a wonderful way to help players through the arduous task of learning and remembering rules. In my game Spirits of the Rice Paddy, I included many complicated rules (probably too many). There are rules for constructing rice paddies, planting and harvesting rice, and moving water from paddy to paddy. I was able to have such complicated rules because of the theme. Telling players how all the parts worked together became easier because they could image water flowing from place to place and what it might be like to grow and harvest rice. Use your theme to inform your rules and help them stick in players’ minds.

Rules are bad, but they are a necessary evil. I hope you are able to reduce the number of rules in your next game. If you do, your players will enjoy your game even more! Next time, I plan to discuss . . . time (which you can read HERE).
Posted by Philip at 11:38 AM No comments:

My new game Square Meal will be launching on Kickstarter January 7. If you sign up to get a reminder email, you can download the PnP version right now! 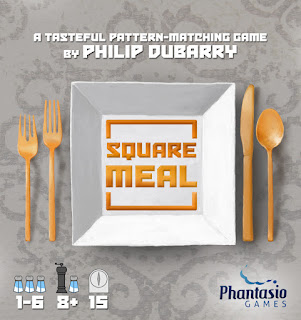 Posted by Philip at 2:07 PM No comments:

Well, it's happened. I've finally decided to do a Kickstarter all on my own. First time flying solo. The game is called Square Meal, and I'm planning to launch early January. The game is a quick, puzzle-solving, pattern-making race in real-time. It's for 2-6 players (although I'm including a solo variant), for ages 8+ and takes about 15-30 minutes to play. Another cool part is that I've brushed off my digital painting skills and done the art myself. 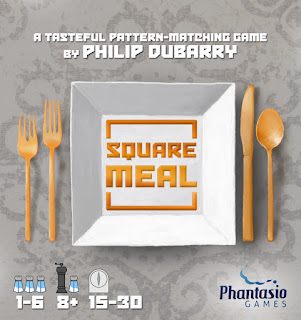 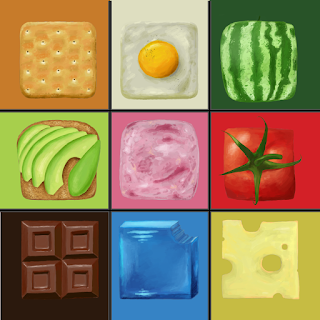 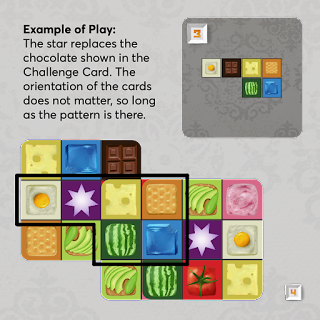 If you happen to be local to the Cincinnati area, I'll be attending CinCityCon next week (October 11-13) at the Sharonville Convention Center. I'll have a copy of Square Meal to show off and play. Wish me luck!
Posted by Philip at 12:24 PM No comments: