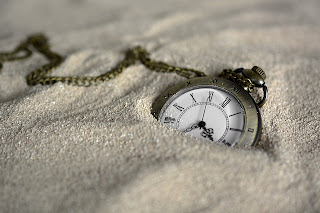 Welcome back to my series of articles for new game designers. In my last post, I talked about how rules are bad. You should strive to have as few rules as possible. In my work with new game designers, I’ve noticed several common pitfalls. Today I will address another important element.

Observation #2—Time is Precious
I recently played a published game where players needed to first build up their characters and then start to attack powerful monsters for rewards (good luck guessing what game that was!). The monster-attacking part of the game was fun, but it took many turns to gain enough strength to pull it off. We felt as if we were wasting our time at the beginning of the game.

In game design as in life, time is precious. No one enjoys sitting in traffic or waiting for a child to find her shoe. This is also true of board games. Players don’t generally want to be sitting around waiting for the fun part of the game to happen. New designers often lose sight of this. First, they tend to overestimate how fun their game is—or at least certain parts of it. Second, they tend to underestimate how long it will take to finish the game. Then, I end up looking at a two-player card game with a playing time of two hours. While it may be possible to design a successful two-player card game that lasts this long, it’s not going to happen too often.

Generally, your game should be as short as possible. Time is expensive, and game designers should use a little of it as they can. Does this mean you can’t design that new three-hour dungeon crawl game? Not at all. However, every bit of extra time must be painstakingly justified. My go-to advice when looking at any new design is usually something about the need to streamline. The operations in the game take too long to perform, serve no clear purpose, or can be done in a more efficient and elegant manner. So how does one go about cutting a game down to size? Here are three good places to start.

First, does your game have player elimination? Most of us grew up playing classic games like Risk and Monopoly, so we understand the disappointment of getting eliminated from a game before it is over. While player elimination can sometimes be appropriate, especially in shorter games, modern games often end the game at or before the moment any player would be eliminated. Many of these games depend on victory points to determine the winner.

However, there is a fate worse than outright elimination: essential elimination. A player might be so far behind, she might have no realistic (or even mathematical) chance to catch up. And yet the game continues. Instead of being able to watch TV or make a sandwich, the essentially-eliminated player must sit at the board and struggle through to the bitter end. The most common way to address this is to somehow obscure the score—usually with some hidden points or endgame points based on the shifting board position/game state. Even if your players are essentially eliminated, try to keep them from knowing it!

Second, consider downtime. Downtime is any time where players are not interacting with the game. The classic example of this is waiting for your next turn. In a short game, this might only amount to a few seconds. But in longer games, this could be several minutes—or even longer! Downtime might be a factor from turn to turn, but some games have extra downtime at various points along the way. For example, the game might enter a state of downtime when two opponents have to resolve a battle that doesn’t involve you. Sometimes players may even want some downtime in very complicated games or real-time games. But, in most situations, you should try to reduce it as much as possible.

There are several ways downtime can be minimized or mitigated. Note how downtime is addressed in a game like Settlers of Catan. Players have important considerations even when it is an opponent’s turn, in this case watching to see if resources will be collected based on the opponent’s dice roll. Card drafting games and games with simultaneous action selection also eliminate nearly all downtime. If this does not apply to your game, there are still a few things you can do. Even if there is nothing for me to do when it’s not my turn, I might still want to strategize about my next turn. This will make the downtime more bearable. Do all you can to help players do this. Have players draw new cards at the end of their turn instead of at the beginning so they can think about how to use them during downtime. Imagine how much worse Scrabble would be if you drew your tiles at the beginning of your turn instead of at the end! Many wargames address downtime during battles by making them interesting to watch. Even if I’m not in the battle, I might still be interested in the outcome, especially if exciting dice rolls are involved.

Finally, your game might include too much busywork. Busywork is just like downtime (you are not really playing the game) but with actions. Just like those worksheets you got when you had a substitute teacher in school, busywork in a game can ruin your whole day. Busywork can include setting up the game, replenishing resources at the start of a round, checking for endgame conditions, and even tallying the score. But there are less-obvious (and more troublesome) forms. Any action in the game where you don’t have a choice—or don’t have a meaningful choice—is actually busywork. So if I can choose option A (worth 5vp) or option B (worth 10vp), I will obviously choose B even time. This is a form of busywork. I am going through the motions of a game but not really “playing” it. This is a huge problem for beginning game designers.

The solution is mostly a matter of presenting your players with meaningful choices—something at the very heart of game design. For more obvious forms of busywork, try assigning the work to players who are already experiencing downtime (perhaps because it’s not their turn). In the example I talked about at the beginning of this article, the leveling up of my character was actually busywork. Only when my character began to fight did the “game” actually start.

This leads me to a last bit of advice. If you notice that players always have to do X, Y, and Z at the start of every game before really getting into the experience, consider removing X, Y, and Z. Instead, give the players all the resources they would normally acquire during the boring part and skip it altogether. Begin the game later. This also works at the end of the game. You might notice the game slowing to a crawl at the end. The winner is all-but-certain, yet the game lumbers on. Instead, cut off this tedious ending portion of the game, and end the game sooner. In the best games, players often feel like they needed just one more turn to complete their plans. Don’t let your players do everything they want, or your game will lack tension.

Nobody wants to make a boring game. We want to make games that have tension. The way to achieve this is to respect players’ time and use as little time as possible while still maintaining your core experience. So always be looking for ways to cut down the playing time of your game—your players will appreciate it! Next time, I will talk about math in games.
Posted by Philip at 10:16 AM