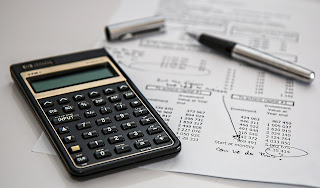 Thanks for checking out the next article in my series for beginning game designers. If you missed them, the previous articles were Rules are Bad and Time is Precious. Today I’ll be talking about math in games--specifically, why you should have less of it. I’ve noticed quite a few games recently where the amount of math required greatly detracts from the overall experience. If I have to spend my turn adding and subtracting stats modifications (+1 strength, -2 defense, resistance to spell damage of 4, plus the upgrade for being an elf . . .), I can become overwhelmed. Instead of playing a fun game, I’m doing math. This can be a problem in published games, but it seems especially rampant in prototypes from new designers.

Observation #3: Math is Hard
As a game designer, you need to know some math. I spent the first several years of my design career flying by the seat of my pants and mostly getting through the math-intensive parts by instinct. I will concede that instinct can take you surprisingly far—if something feels right, it’s probably close enough. However, I decided it would be beneficial to spend some time studying basic probability. This has helped me tremendously, cutting down the amount of time it takes to get the right mix of components in my games. I recommend that you do the same if you are a little fuzzy on the concept of probability. Deep down, math is the bedrock of most games. That doesn’t mean that your players should be forced to confront heaps of math to play your game.

The first big problem is that people hate math. Whether due to bad classroom experiences or wider cultural biases, some people break into a cold sweat just thinking about math. It’s a significant challenge for math teachers, and as it happens, for game designers. If you are a game designer, you probably aren’t as aware of this as the average person. I’m guessing your tolerance of math is much higher, particularly if your background is in computer science, engineering, or math education.

A few years ago, I was playtesting a new train-themed dice game with a publisher. The game required players to roll dice simultaneously, in real time, to collect enough money to win. The other twist was that players had to keep track of how much money they had (in the form of chips) so they would know when they had enough to claim victory. I had played a number of times and thought the game was quick, simple, and reasonably fun. The publisher burst my bubble by pointing out how difficult this game would be for many casual gamers. Not only did the game force you to do math, but you had to perform that math under intense time pressure! Needless to say, I had a significant problem to fix.

Another challenge facing designers is dealing with short term memory. Psychologists have found that most humans can store between 5 and 9 items in their short term memory (or working memory) at one time. We can keep this information in our heads for about 15-30 seconds. This is why phone numbers are seven digits long. The more information required, the more difficult and prone to error the task becomes. A related concept is called cognitive load. People can only pay attention to so many things at once. If you require your players to consider too many options at one time, things will grind to a halt and the dreaded analysis paralysis will set in.

One other problem is that people just don’t understand probability. The human mind is simply not great at intuitively grasping the probabilities of events. Instead, our brains pay too much attention to frightening events and too little attention to harmful events hidden in the background. One person recently had this advice: if you read about something in the news, you don’t have to worry about it (plane crashes). If it’s not in the news, you do need to worry about it (cancer). Games that require too much knowledge of probability can become too difficult for most players. Instead of being fun, they will seem arbitrary and opaque.

So must we remove all forms of math from our games? How can this situation be addressed? Here are a few ideas for your next design:

First, try to remove as much math as possible. Instead of using standard dice, consider using custom dice with symbols. Counting symbols is easier than adding pips and then modifying based on other factors. In my game Black Orchestra, I originally had players roll standard six-sided dice, trying to hit a target number based on adding together two tracks of information (Hitler’s military support plus his level of safety). This was clunky and needlessly difficult. One of the developers encouraged me to change the system to something using icons instead. In the final game, players simply roll some custom dice and count the cross-hair icons. This works so much better.

Icons can also help with short term memory problems. While it’s true that humans can only remember about seven things at once, there isn’t as fixed of a limit on how big each “thing” can be. This is called chunking. Sometimes one icon can represent several different factors or pieces of information. Once players learn the icon-based language of your game (which hopefully won’t be too taxing), they will be able to deal with more complex information more easily.

If your game does still need a good bit of math, try to push it all to the end of the game and provide players with a score sheet to help tally everything up. Many popular games have used this technique to great effect.

Finally, cognitive load can be decreased with solid graphic design. You might notice that playing published games is easier and more pleasant than playing prototypes. While much of this is due to the quality of the game itself, a significant factor is the ease with which players can identify and interact with all the components of the game. Generally, new designers are advised to make the first version of their game as quickly as possible. However, once the game begins to take shape, you would do well to spend a bit more time thinking about the layout and accessibility of all the various icons and text. You don’t want bad handwriting to affect people’s perception and ability to perform well in the game.

So unless you are making the next Advanced Squad Leader, try hard to get rid of the math in your game. Players just want to play your game—they don’t like doing math. In the next article I’ll address the size of your game. Thanks for following along!
Posted by Philip at 11:31 AM