I got three very nice games for Christmas this year. Here's a quick summary of my initial thoughts.

1. Dominion: Hinterlands - We only got to play one game of this. We used all new cards, so it was a bit confusing at first. The game was fun--this is the first game we'd ever exhausted the entire Silver pile! I'll have to try the other cards out when we get back from our trip.

2. Eminent Domain - I had been wanting to try this deck-building entry for some time. Our first game was difficult and full of errors, but still pretty entertaining. We started figuring it out by the end. A few days later my daughter and I played it again. She still hasn't got it down, but I started buying lots of the tech cards and ramping things up. Final score was 44 to 22, with Isabel declaring that she would never play again. Maybe she'll come around. Bottom line: this is a good game with lots of interesting mechanics but it has a bit of a learning curve for new players. Multiple plays are required to figure it out. But it's really quite fun after that!

3. Quarriors! - I was just curious enough to put this on my list. First off, I hate the theme. It looks like playing Pokemon. I'm nearly 35. I'd feel really dumb playing Pokemon. That said, Quarriors is pretty fun and quick. I'm curious to see how the expansion plays . . .

In addition to the new games, we also continued our fascination with Pirate Dice. I have two sets now, so we can play with up to eight. It's become our party game of choice. Highly recommended, especially for new players! 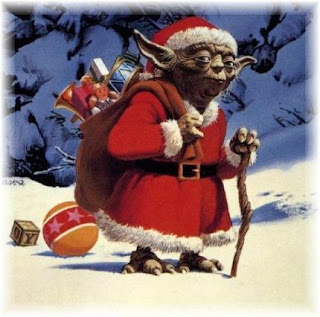 Wishing you and your family a very geeky Christmas and a happy new year! And happy holidays to you other fine folks! See you in 2012!
Posted by Philip at 2:32 PM No comments: 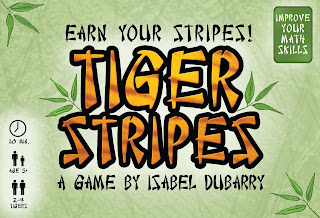 In honor of Isabel being on TV (for just a few seconds at the end of the clip), we are offering a 20% discount on Tiger Stripes. Have any kids or grand-kids learning about addition and subtraction? Get them a great Christmas gift for just $14.99 $11.99 plus shipping! This deal is good until December 16.
Posted by Philip at 11:22 AM No comments: