It seems that my blog publishing schedule has now defaulted to once per year. Sad face. :( Part of this is due to the fact that I can't really talk about a lot of what's going on behind the scenes with specific games. But most of it is that I'm lazy busy. So without further apologies, here is an update on the current state of my board game work.

Topping the list is the near arrival of Black Orchestra, 2nd Ed. Copies will begin flowing out of warehouses and into the hands of unsuspecting Kickstarter backers in a matter of weeks. My advance copy is in the mail as we speak. Meanwhile, because the board game world is truly strange, the Spanish version of the game (Orquesta Negra) has already hit distribution. My Twitter feed is filled with Spanish praise and joy! #acabamosconHitler 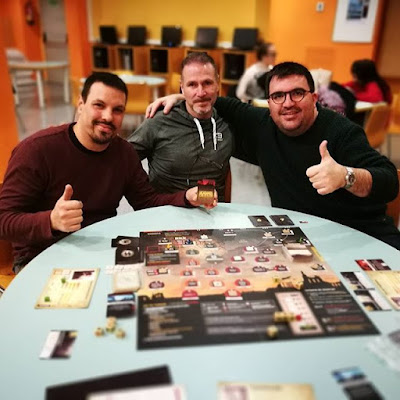 Next, my overhaul of the 2011 Kingdom of Solomon will soon be heading to Kickstarter, probably before the summer, under the new-and-improved title, Wisdom of Solomon. We now have a BGG page, so please give some thumbs to the cover image! You can also play the game RIGHT NOW on Tabletopia for free! Please let us know what you think--there is still time to make final tweaks. 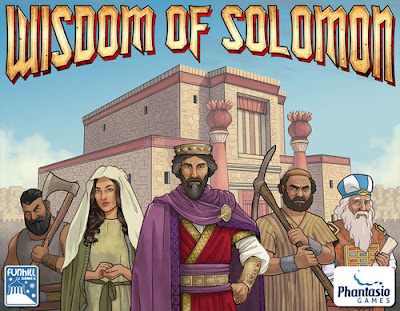 Other upcoming games include: Embark (Tasty Minstrel Games), Spaceways (Daily Magic Games), Spirits of the Rice: The Dice Game (might be called Rice Dice) (APE Games), and The Dark Crystal Card Game (Toy Vault, co-designed with Jason Kotarski). A few more titles are farther out--we'll hear about those next time (hopefully not next February, but you never know).

I'll end by letting you know that I'm also doing some development work for AEG, as well as some art direction! So far, this has been a really cool experience. So look forward to yet one more slick AEG title by the end of the year.