Now that everyone's back from GenCon, I'll add my recap to the mix. Unfortunately, I don't have many helpful tips or interesting pictures to share. Just a recap of my one busy day (Friday).

7:30 - Left the house and headed to Indy. Caught The Secret Cabal Gaming Podcast's GenCon preview show, Part 1. It's a crossover with the Dice Tower crew, who have Part 2 (August 6) on their site. Good way to kill the drive time.

9:30 - Swooped into the mall parking area. Had to drive straight to the top.

10:00 - Got my badge (thanks, Edward), said hi to a few friends and then rendezvoused with Jason Kotarski in advance of our publisher meeting. Got to see half the exhibit hall--quickly.

11:00 - Pitch to a publisher. Jason and I are working on a game called Fidelitas. They didn't hate it, but didn't love it either. We're a little bummed, but maybe we can take the criticisms and use them to make a better game in the end.

12:10 - Arrive ten minutes late to my demo of Skyway Robbery. Even so, the three players are eager to begin despite the unfinished-looking prototype and the cost of $2 each. It goes well--I need to get better about explaining it. Made some good notes for slight improvements. This game is supposed to be Kickstarting in a few weeks. 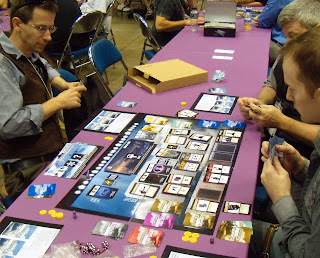 2:00 - Pitched Battlecruiser to a publisher even though I had made it only seven days before. The pitch lasted about four minutes. He liked it and took it with him. :)

2:30 - Met Jason and his wife for lunch at Noodles & Co. Those guys are on the ball in there! We discussed the game and some ways to make it work. Things are positive. 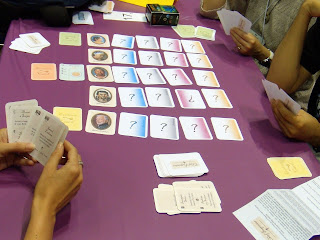 4:00 - Demo of Chief Inspector. This is another game in the Skyway Robbery/Ruse universe (called Gaslight Empire). I hadn't played this game in about two years, so it was interesting. But it worked well and the players enjoyed it. More notes.

5:00 - Got to see the other half of the exhibit hall. Purchased one game during the con, Dominion: Guilds. We have since played it. Very nice conclusion to the series.

7:00 - Met with another publisher to discuss my rice game. We are close to a deal. His playtesting buds were there, too, and we came up with some ways to improve the game. Can't wait to try them. I also showed him some work on the PC game he'd asked me to think about making a board game of. Once we get the green light from the publishers, it's a go. I'm looking forward to it. 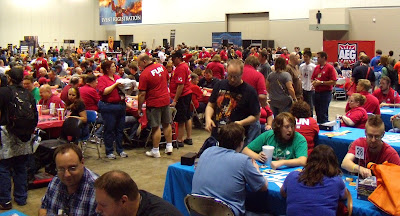 8:00 - Headed over to the AEG Big Game Night event. It was packed. It was crazy. There were even a few people playing Courtier (50% of them were from Nevermore Games). I also got to see the proofs for Canalis, coming in October. Everything looks very sharp. 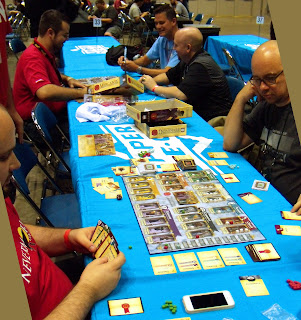 9:00 - Found James Mathe's designer mixer at the Hyatt. I got a chance to chat with Dan Yarington of Game Salute about the current state of things and future plans. Then Dan wanted a milkshake, so a few of us (plus about 150 other gamers) packed into the poor little Steak & Shake. The wait time is pretty bad, but the shakes are almost worth it.

11:00 - I drive back to Cincinnati without falling asleep.

All in all, it was a good con for me. I hate having to rush away from everyone and not getting to play games I didn't design, but maybe I'll get to stay longer next time. It was great getting to see so many friends and making a few new ones!
Posted by Philip at 11:51 PM No comments:


It's that time again! It's time to prepare for GenCon. This year I will be attending Friday only. While I have several meetings, I can be tracked down at the following times and places:

12:00 (noon): Demo of Skyway Robbery at the Game Salute area in Hall E next to Mayfair.
4:00: Demo of Chief Inspector (small deduction card game set in the same universe) also at Game Salute in Hall E.
8:00 and beyond: I plan to check in on the designers' meetup at the Hyatt (rooms A&B), and I will also try to make AEG's Big Game Night (not sure where that is exactly).

As for my previous challenge of making 3 games in 3 weeks, I've made FOUR games in the last 2.5 weeks. Two of which are not quite ready for prime time, but the unexpected addition to the party is Battlecruiser. I made even more cards Saturday and we tested them some today. Things are working quite well. I'll definitely try to show this one off some during the con!
Posted by Philip at 8:02 PM No comments:

I am looking for some super-quick playtesting of my new customizable mini-game. This game features 5-10 minutes of blazing space combat, trickery and cunning. I am looking to get some last-minute feedback before GenCon if possible--tough deadline, I know. Send me a message if you are interested and I'll send you a link to the files. Thanks!
Posted by Philip at 9:12 AM No comments: 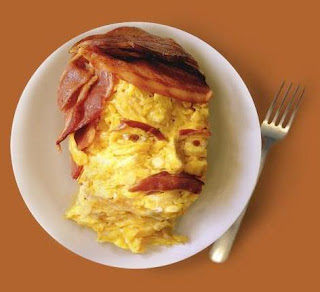 You might notice a slight change in the appearance of this blog as well as a tweak to the domain name. I am now the proud owner of phantasiogames.net. I am also the foolish, bumbling loser of the domain name phantasiogames.com. :( That one is now owned by some dude in Japan. I have learned a few important lessons:

1. Auto-renew is your friend. Mine was turned off. Do not turn off auto-renew.

2. Moving and having a new baby at the same time will also turn off your brain for several months. Try to be a little more organized. HA HA HA HA HA! (That was a little inside joke for anyone who's ever moved and had a new baby in the same week before.)

3. When you discover something wrong with your blog, don't immediately jettison all the current settings without backing them up in a vain and fruitless effort to make the pain stop. Pain will just laugh at you.


4. Life will go on. Except for those people who type in the wrong address. They will be assaulted by Japanese techno-babble. Such as happened to my Mom (one of my four regular readers--wait, does my wife still read this?).

I have already endured changing my email address on everything (except for my domain registrar's increasingly urgent warnings), so why not change all my blog stuff too!? Let's make it a game. If you spot a link that sends you into Japan-induced confusion, drop me a line. If you find one, you are the winner. Thanks!

One more note. In the spirit of having my brain not quite firing on all cylinders and what with all the free time afforded by raising five children, I have set myself a colossal task: design and prototype three games in three weeks in preparation for GenCon! Game one is nearly ready to print . . . :)
Posted by Philip at 10:58 PM No comments: