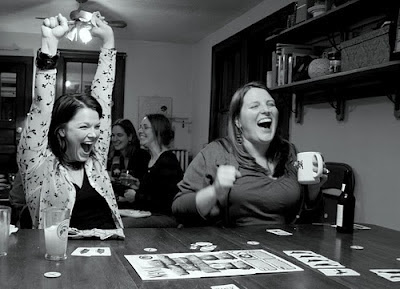 Wait--isn't that redundant? Who else plays board games except introverts? Good point. I believe that extroverts (and plenty of introverts masquerading as extroverts) play games, too. The obnoxiously loud table of chuckle-headed fist-pounders ruining your quiet, thoughtful game of Puerto Rico has become almost a cliche. A recent criticism of some modern games is that they are nothing more that multiplayer solitaire. Yet quite a few people seem to really enjoy these games. How does being an introvert or an extrovert play into the world of board games?

I just finished reading a great book on this subject called Quiet: The Power of Introverts in a World That Can't Stop Talking by Susan Cain.The author delves into the current scientific literature, mostly neurobiology and psychology, to explore the upside of being an introvert (or learning from them if you're not one). By the way, yes, I am an introvert. I'll pause for your to recover and compose yourself after reading such a shocking revelation.

Last week was an absolute blur. We got an offer on our house, looked at houses, put in a new kitchen floor, had the offer retracted and have now been working through additional logistics and house-prepping. What a nerve-racking process!

Despite all this, I've managed a little game-related activity. Isabel and I attended the Axis & Allies Spring Gathering here in Cincinnati. Usually this venue features other games besides Axis & Allies. And other people who are between games and want to play something shorter. Not so much this time. I showed some prototypes around and snagged another playtester, but I didn't actually get anything played except 7 Wonders and a poorly-explained game of Munchkin--my first and probably last time playing it.

In other news, I've been seeing bits and pieces from my upcoming AEG release, Courtier. Go to the BGG entry and become a fan today! Here is a sneak peek at the board, posted on Twitter by Todd Rowland: 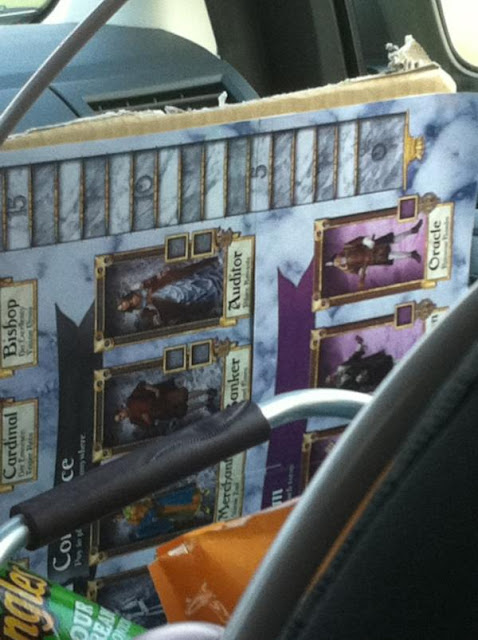 Also, I've just heard about an interesting deal involving Kingdom of Solomon and possible foreign language versions/distribution. It will be really cool to finally turn a profit on that one . . .

FYI, I'm still finalizing plans for Origins. Anyone have half a hotel room to spare?

WARNING: This post does not contain any game-related content. Since it's Easter, I thought I'd post something concerning the Resurrection for those who may be curious.

Five Reasons to Believe in the Resurrection of Jesus Christ

1. The Roman executioners certified His death. His friends also agreed that He was dead. Jesus was buried in a sealed tomb guarded by soldiers.

2. The empty tomb was discovered by women. This fact would have been embarrassing to the patriarchal culture of the day and would have been changed/skipped in a fictional version.

3. The disciples went from hiding behind a locked door to openly and boldly proclaiming the risen Messiah, eventually suffering death for their belief in Jesus.

4. The Jewish authorities could have squelched the fledgeling Christian movement by producing the body of Jesus. They do not even attempt to produce a fake body, let alone the real one. They did pay the soldiers to lie about falling asleep at the tomb.

5. Over 500 people saw the risen Jesus. The earliest manuscripts of the Gospels date back to within 30-50 years of Jesus' crucifixion. Eye-witnesses were still living at this time and could have corrected a false version of events. Non-biblical historians from that time verify much of the factual information found in the Gospel accounts.

Those are just a few reasons why I believe in the Resurrection. Thanks for taking the time to read them! Game-related posts will resume shortly.
Posted by Philip at 10:38 PM No comments: