Today the new Board Game News blog at BGG carried an announcement of two upcoming games from Jolly Roger Games, one of which is my Family Vacation (previously American Vacation)! Production prices and a few other odds and ends are still being figured, but it looks like things are starting to move. After all, I just got the BGG page up last night! Here are a few pictures of the original prototype: 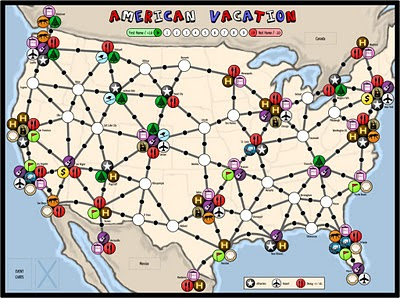 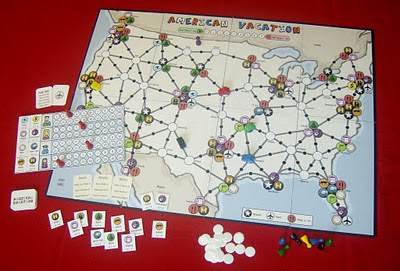 Keep in mind that these components will most likely go through some significant changes before the final game is released. In other news, Isabel's game, Tiger Stripes, was mentioned on the Purple Pawn blog! She has been doing a good job with sales since the launch last week. There's still time to order one!
Posted by Philip at 1:32 PM