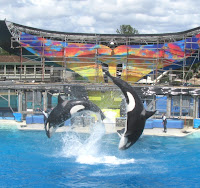 So, what have I been up to lately? For one thing I just returned from driving my family out to the West Coast and back (to Cincinnati). We hit Denver, Las Vegas (to visit my sister-in-law) and San Diego (to visit Sea World).

Game-wise, we've been putting the final touches on Kingdom of Solomon. The art is very close to being finished and layout work has begun. We are still shooting for a GenCon/Essen release. We will also be doing a 30-day Kickstarter campaign in June--prepare to hear lots more about this in the near future!

Meanwhile, I've been preparing my two new prototypes for prime time (along with a few others). I've already made an important appointment for GenCon! Lots to do at the summer cons this year . . .

Also I've been playing quite a few games of 7 Wonders

. This one is a very cool game--a must-have. I also bought Cargo Noir (which I plan to sell soon) and Hansa Teutonica

(which I fully intend to actually play at some point).

Saturday I will be attending the 9th annual Axis & Allies Spring Gathering hosted by my buddy, Greg Smorey. Unfortunately, my love for A&A has diminished over the years (or maybe only my available game-playing time). However, non-A&A games will be featured. Plus, Isabel will get a chance to sell more Tiger Stripes there. Maybe I'll post a few pictures from this event. Guess that about wraps things up.
Posted by Philip at 10:33 AM