Tonight I attended the grand opening of a new game store in Cincinnati: Gateway Games & More. It's a small store, but it's tidy and sharp-looking. I got run a few nice demos and meet lots of new people. Here is a shot of my setup: 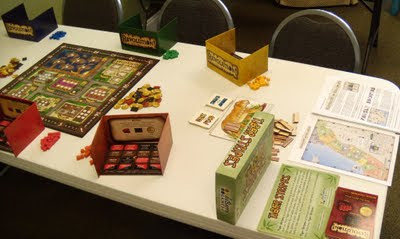 We played two 5-player games of Revolution! with the Palace expansion. Everybody seems really into it. I also got to play about five games of Tiger Stripes with the kid from the next store over. If only his mom had been there, I'd have closed that sale . . . 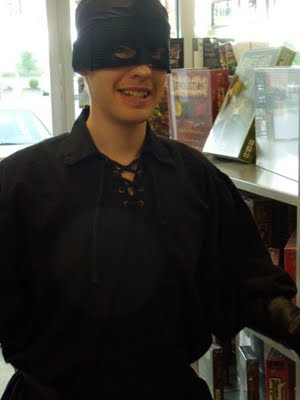 Here's one of the more interesting patrons. I'm about 40% sure there was a costume contest going on during the grand opening. Sometimes it's hard to tell with this crowd--but I love 'em. 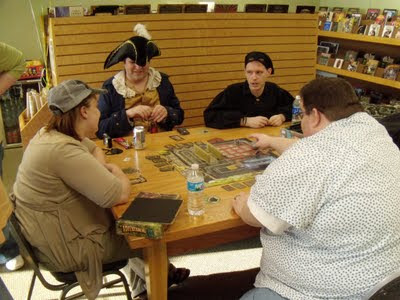 Several other were being played during my few hours at the store. Thanks to Todd (the owner) for letting me come and demo/pass out flyers. He sold his only copy of Revolution! and I got to sign it. :) It's amazing to me how many people have still never heard of Revolution! but end up really enjoying it. I need to hire Randy to make another nation-wide tour . . .
Posted by Philip at 10:34 PM