Gateway Games and the Gamerati Tour

Last night I attended the Gamerati Tour event at Gateway Games. Ed Healy had visited Yottaquest that morning, and he was pretty jet-lagged (car-lagged?) from his epic trek. Even so, he seemed to enjoy playing my game and interacting with the other people. The turn-out was fantastic--lots of players and lots of industry people! I got to run three demos of Kingdom of Solomon and even sign two copies of Revolution!

(one of which was purchased during the event). Other games played included The Resistance

. And some RPG action. Here are a few pics: 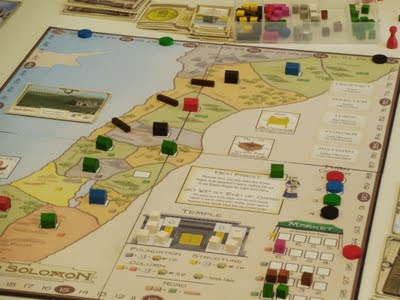 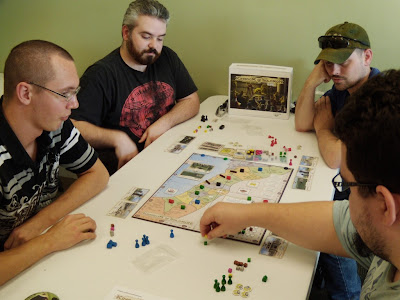 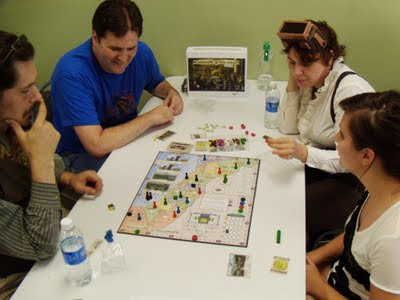 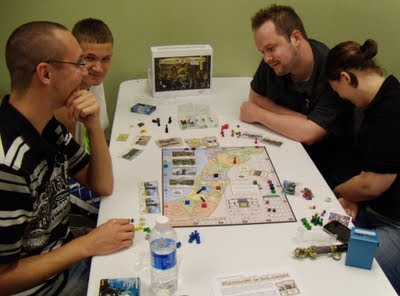 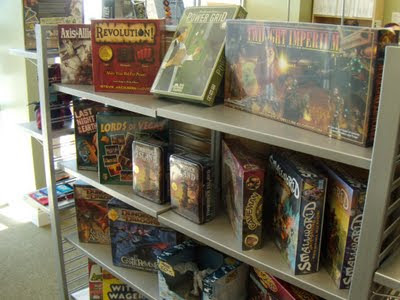