As a sometimes substitute teacher, I often face long stretches of sitting at a desk with not much to do (that is, if the kids are all behaving reasonably well). Usually I read. However, the other day I took some time looking into a game design problem. 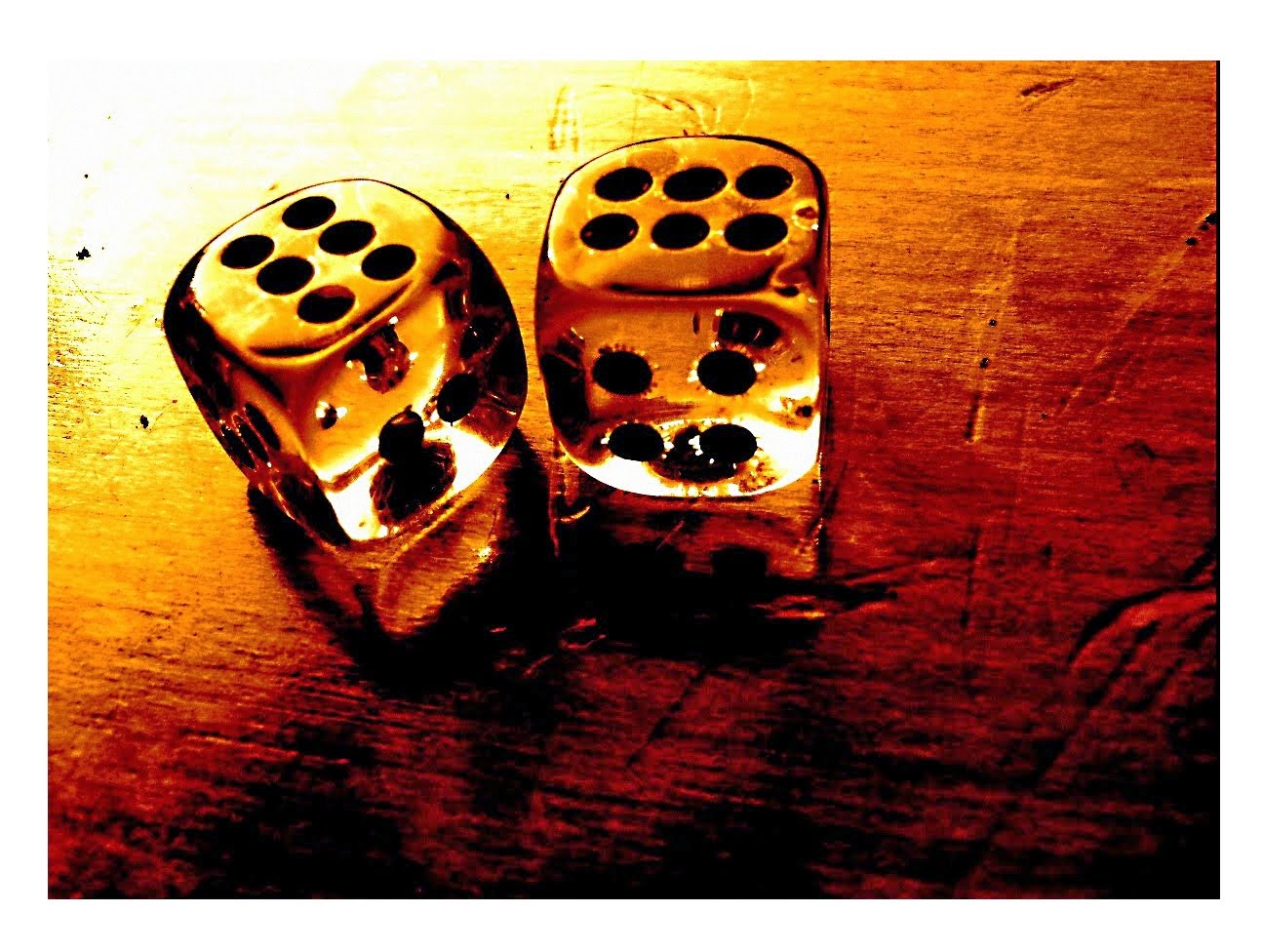 One of my upcoming games is called Hitler Must Die. It's a gritty cooperative game where players are German citizens, soldiers, and officials trying to assassinate the tyrannical leader of Nazi Germany. In the game, players collect cards and items (combined with location and timing) to setup a successful plot. The game ends with a single roll of the dice. There are many variables and modifiers going into this dice roll, but players just have to roll a high enough total to overcome the current threshold (determined by Hitler's security stance and military support). Rolling well will mean winning the game. Rolling badly doesn't necessary mean you lose, but it makes things much, much worse.

My game design problem is trying to figure out the probabilities for some of these dice rolls. We are used to dealing with the bell curve of the output of two six-sided dice, such as in games like Settlers of Catan. Rolling a 7 is much more likely than rolling a 2. However, what does it look like when you are trying to hit a threshold using the total of the dice? Here is my chart: 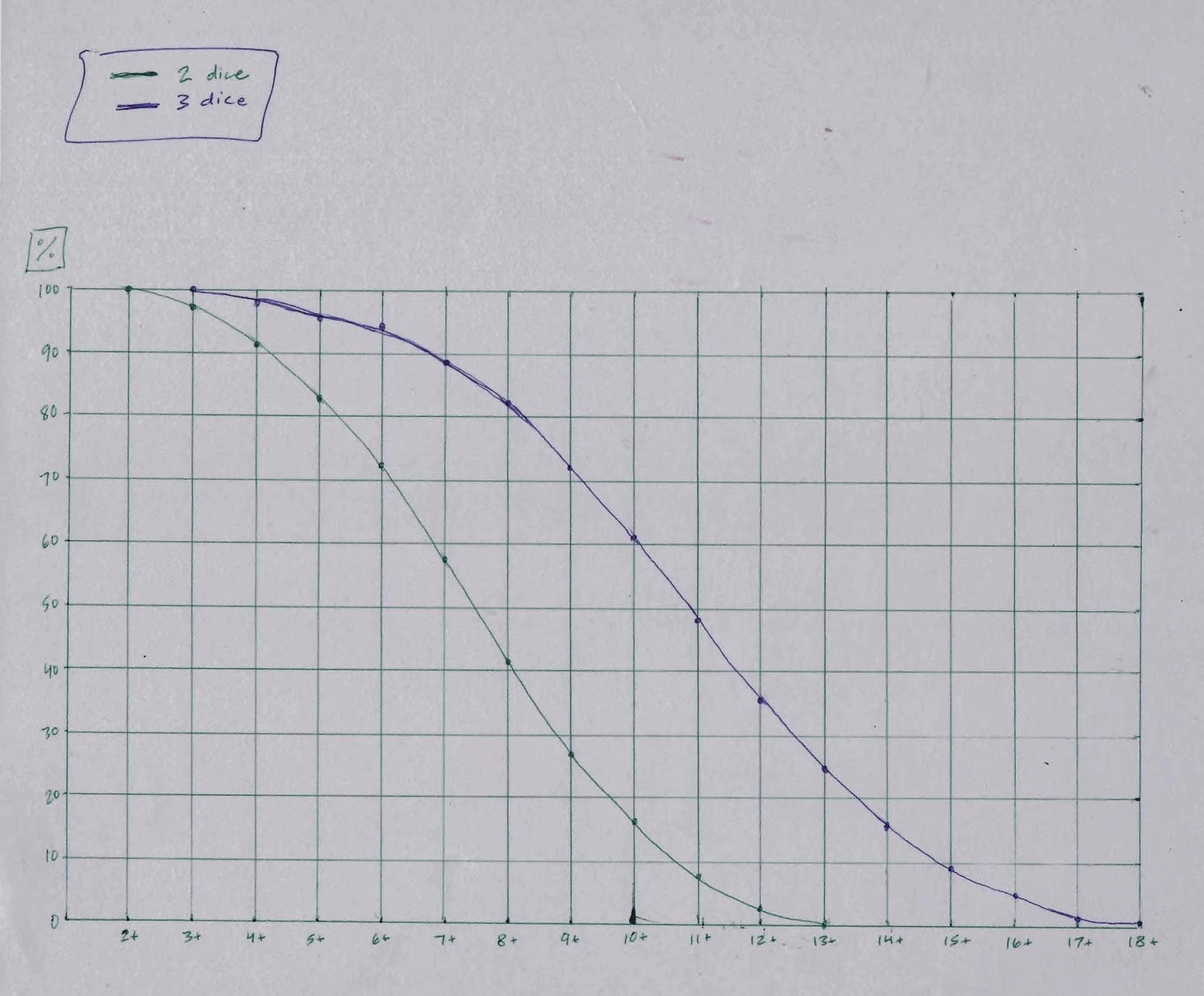 Please know that I'm not a mathematician by any means. It was quite a struggle to get this right--and there might still be a few inaccuracies. Nevertheless, I think I've gotten pretty close. I figured out the probability for each threshold and graphed the results. What you see here is the probability of getting at or above a certain total of the dice (both 2 and 3 are shown). The higher the total you are aiming for, the less chance you have of hitting it. This is not surprising. However, what I did find interesting was the shape of the curve. Your chances are greater than you might suspect at the top and bottom of the graph.

I've not spent much time applying this to game design, but you can quickly see some of the possibilities. For example, you can see the improvement of your odds by adding another dice. I imagine this would increase in a similar way for four dice (but I haven't checked yet). You can also see how changing the target threshold would make things easier or harder for players and by how much. I can imagine having players buy extra dice or buy an easier threshold in a game. I'd also like to graph something beside standard 6-sided dice. That could be interesting to play with. Feel free to use this information as you see fit. I'm sure there are other websites that lay this out in more detail, but I thought I'd pass this along anyway. Happy game designing!
Posted by Philip at 11:44 AM