Once again, it's been many months since I updated this space. That means I have several items of interest to note. First off, new games updates:

Several of my outstanding Kickstarter projects are finally wrapping up. Spirits of the Rice Paddy has done well, selling out the first printing at the distribution level! More news about this game later. Skyway Robbery has shipped and is available for purchase in a number of places. Eminent Domain: Battlecruisers has also nearly finished shipping and is in limited distribution. Finally, we got our copy of Isabel's Tiger Stripes! It looks quite amazing! These should be shipping in the near future--sorry for the horribly long wait. 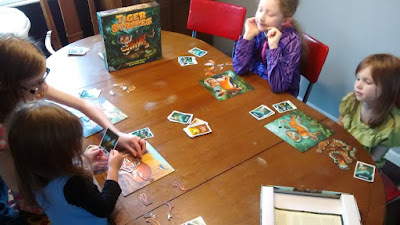 A couple of games are nearing the end of development and the start of the Kickstarter phase. Game Salute has revealed the cover of my new title for the Gaslight Empire line, Chief Inspector. This quick-playing card game features a deduction and memory element as players attempt to discover and arrest the most notorious criminal (flipping the table on some familiar faces from Skyway Robbery). 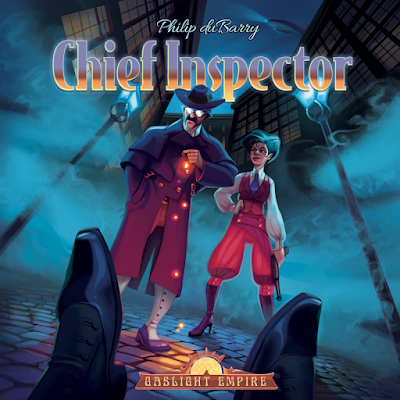 We are also almost finished with the final tweaks to Hitler Must Die, which will now be called Black Orchestra (my original title). This gritty co-op game about assassinating Hitler has really shaped up in the last few months and become even more tense and exciting!

Finally, I just signed Kingdom of Solomon with a new publisher! This is not really an official announcement, but note that the new version will be significantly updated, including all new art and great high-quality components. We expect this to hit Kickstarter towards the end of the year.

As usual, I have several more projects in the works, some of which are currently being considered for publication. Others are still in the testing and prototyping stage. That brings me to my summer plans.

I will be attending 2.5 conventions this year! I will again be making a quick 1-day appearance at Lexicon in Lexington, KY, on Saturday, April 23. I will also be going to Origins for 3 days and GenCon for 3 days. I plan on meeting lots of new people and lots more I already know! Will you be going to any of these cons? I'll post my specific plans in a few weeks, so maybe we can meet up!

This year is looking to be a good one for my games--hope to share more info soon!