Here are a few pictures and some commentary from my whirlwind trip to GenCon Friday: 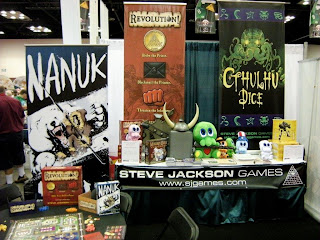 This is the Steve Jackson Games booth. They also had a prominent display in the main board gaming area. Nice. 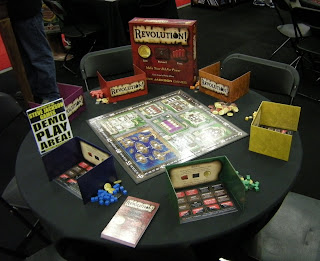 My job was to demo Revolution: The Palace. Many people were surprised to learn that this was my first time playing the official version. I've played my own versions many times, but not the official one. I found it to be an amazing experience! The SJG guys really did a nice job on the expansion--it works well with 4-6 players and takes the game to a new level. 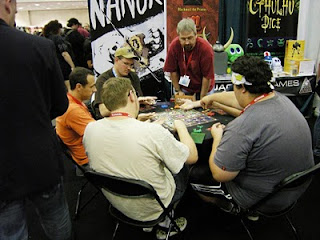 Here's Paul teaching the game to some guys. You can just see Randy in his too-cool jacket at the left. Fun fact: He's the only person to have played Revolution! more times than me! 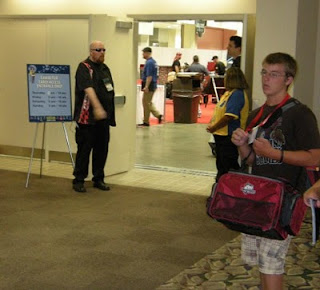 Here's the door I couldn't get into. Then the SJG folks brought me my badge and all was well. 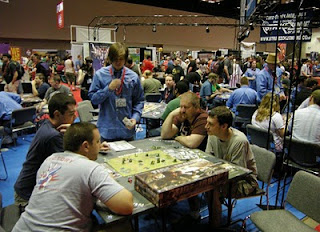 The FF guys were there en mass, walking around in their blue shirts like they owned the place--which they pretty much did. 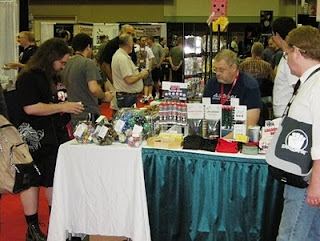 The ubiquitous shot of a guy in a kilt buying 20-sided dice--no con is complete without it! And here are some other cool and/or geeky pictures I took: 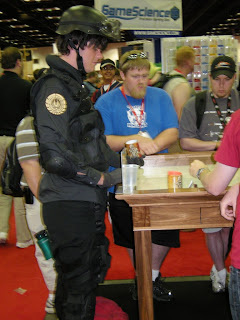 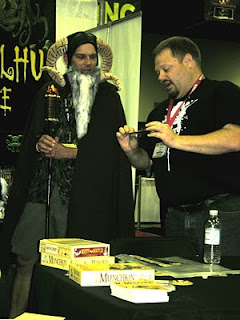 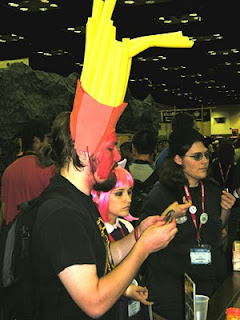 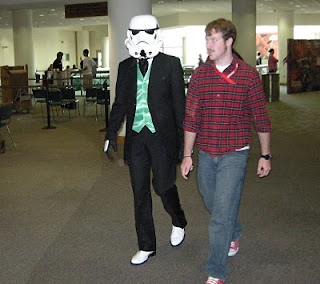 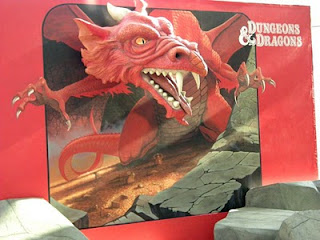 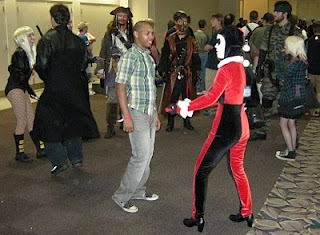 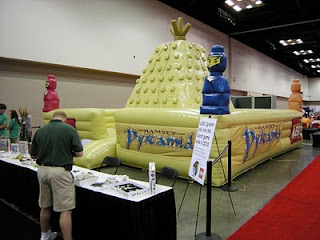 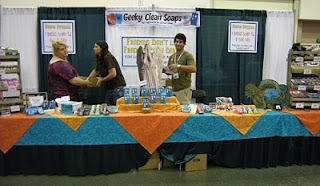 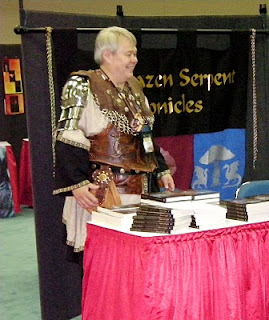 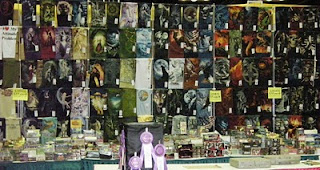 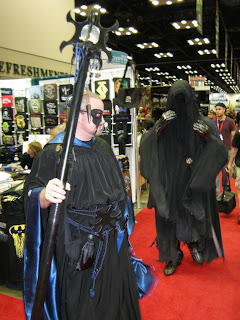 I also got a chance to touch base with several of the people who are currently considering my prototypes. Looks like everything is still in play. And I got to do some playtesting with Minion Games--that one is nearing the finish line! Thanks to everybody who came by the booth and said nice things about my game. It was a blast!
Posted by Philip at 8:00 PM