I believe I mentioned several Kickstarter campaigns that would be happening for my games this summer. As is the custom of the game industry, the timetables have been pushed back a bit. The new schedule is as follows:

Early-August: Fidelitas
Strangely enough, the game I thought would show up last will in fact be first. Fidelitas is the first game I've ever co-designed. Jason Kotarski sent me an early version of this game about a year ago, and I somehow got the crazy idea to propose co-designing it. Even crazier, he went along with it! From there we hit it off, turning this cards-only game into a game with a board and then back again. 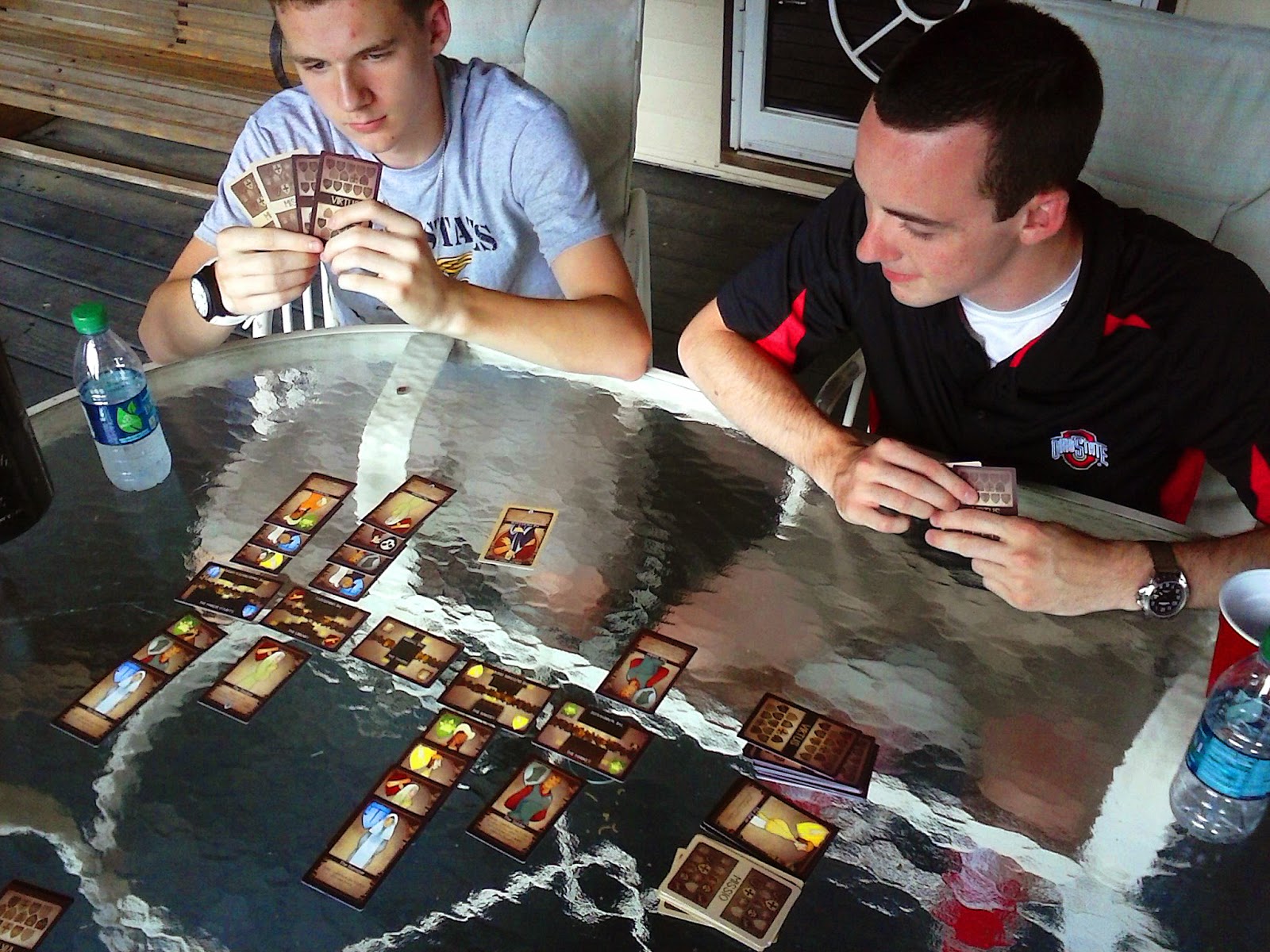 Lately, Jason has gone off the deep end--forming his own game company and building up a swell of support for the game all in the blink of an eye. The game now has beautiful art and plays better than either of us first imagined. Also, we had our first in-depth review of the game from All Us Geeks podcast. They discuss our game from 0:30 to 0:50. I am super-excited to see where this one goes!

Late-August: Skyway Robbery
I got the word today that this one will be pushed back to after GenCon. I'm cool with that. Last week I made a few videos for the Kickstarter campaign, but it will be nice giving all the reviewers more time. Plus, we get another big con to show the game. Meanwhile, we are still tightening the design ever so slightly with some last minute tweaks and corrections.

Mid-September: Spirits of the Rice Paddy
Finally, my big euro game will be going up on Kickstarter in the fall. I'm promised a final prototype (that I don't have to make myself!) will be ready any day. From what I've seen, everything is coming together nicely. Someone even made a BGG microbadge for us today. :)

If you are interested in trying any (all?) of these games, I will have them all at GenCon Thursday through Saturday. I would love to show them to you! Just let me know. In the meantime, enjoy the summer!
Posted by Philip at 11:16 PM