After less than four days on Kickstarter, Fidelitas has reached and surpassed it's goal! Thanks to all the many backers for their continued support of the project. Jason has now revealed the first stretch goal of the campaign--the Manu Forte expansion: 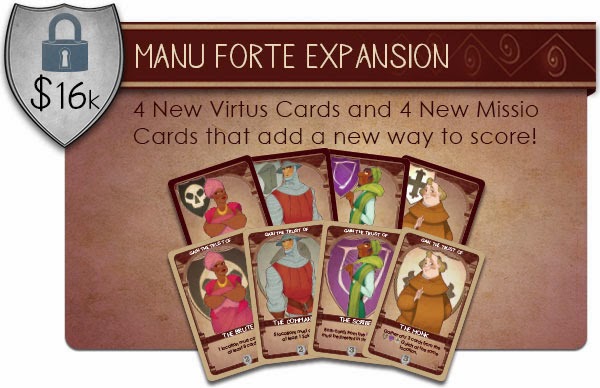 We're both very excited to see just how far this ride will go!
Posted by Philip at 10:38 PM