GenCon was a blast this year! It was great seeing old friends and meeting new ones. I didn't get any games signed, but I did get a huge amount of demoing in. Here's how it all went down.

Thursday
I got up super early to catch my 6:00 ride. However, at 5:28 I got a text saying my ride woke up with the flu and was not coming! Fortunately, I had a backup plan, named Corey Young (Gravwell). He and his buddy got me within about 1.5 miles of the convention center--close enough!

I got my badge and entered the exhibit hall just after 10:00. Within seconds, I was invited to lunch with John Goodenough of AEG. After talking to lots of folks and walking the hall, I attended said lunch, joined by Andrew Parks (Core Worlds), Chris Parks (Andrew's brother and co-pilot) and Chris Guild (Attack Wing). It was pretty awesome. 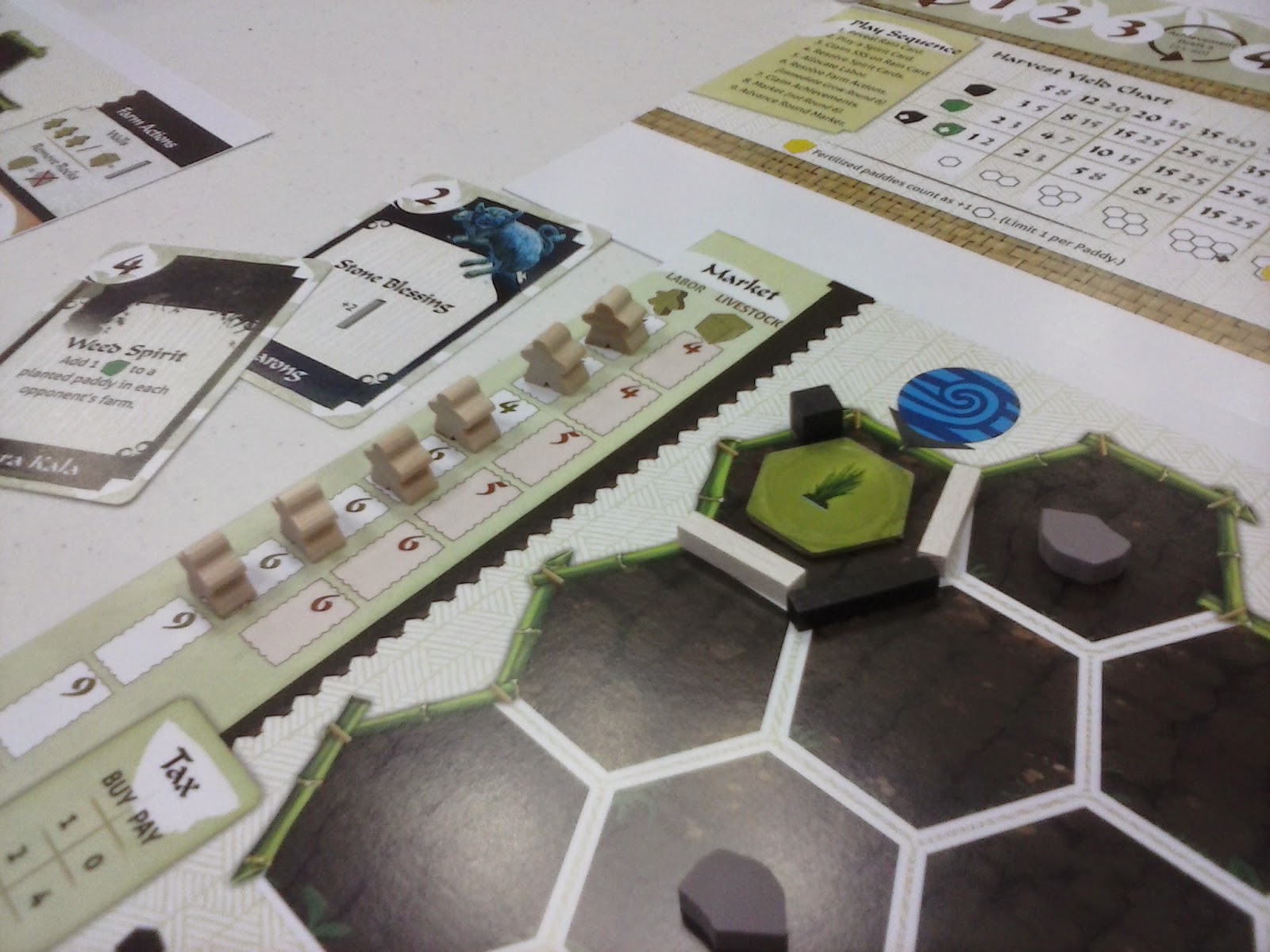 After lunch I headed to the APE Games booth to demo Spirits of the Rice Paddy. Soon after setting up, a vaguely familiar face was looking into the booth and requesting a demo. It was none other than Richard "Rahdo" Ham. I recognized him from his wildly popular Youtube series, Rahdo Runs Through, in which he recently reviewed Fidelitas.

We played nearly a whole game, and he seemed to really like it. He also wanted to try Skyway Robbery, so he returned to the booth at the close of the hall and we moved to the gaming halls. We played an entire game of SR, which he also seemed to enjoy. We then headed to the Nerd Night event at Union Station organized by JR Honeycutt, where I got to play in the first 20-player game of Space Cadets Dice Duel with Geoff Englestein and his kids (our ship was ordered to sacrifice itself for the greater good).

It was a long day, but hanging out with Rahdo for HOURS was definitely the highlight of the con. The next day, I discovered that he had recorded his sleep-deprived thoughts of the day and uploaded them. The last ten minutes are all about my games. I saw people watching this the next two days!