And now the continuing story of my GenCon experience . . .

One more brief note about Thursday--I also got to show off some games to Joel Eddy of Drive Thru Reviews. You can see my weirdly-high-voiced explanation of Fidelitas and Spirits of the Rice Paddy. 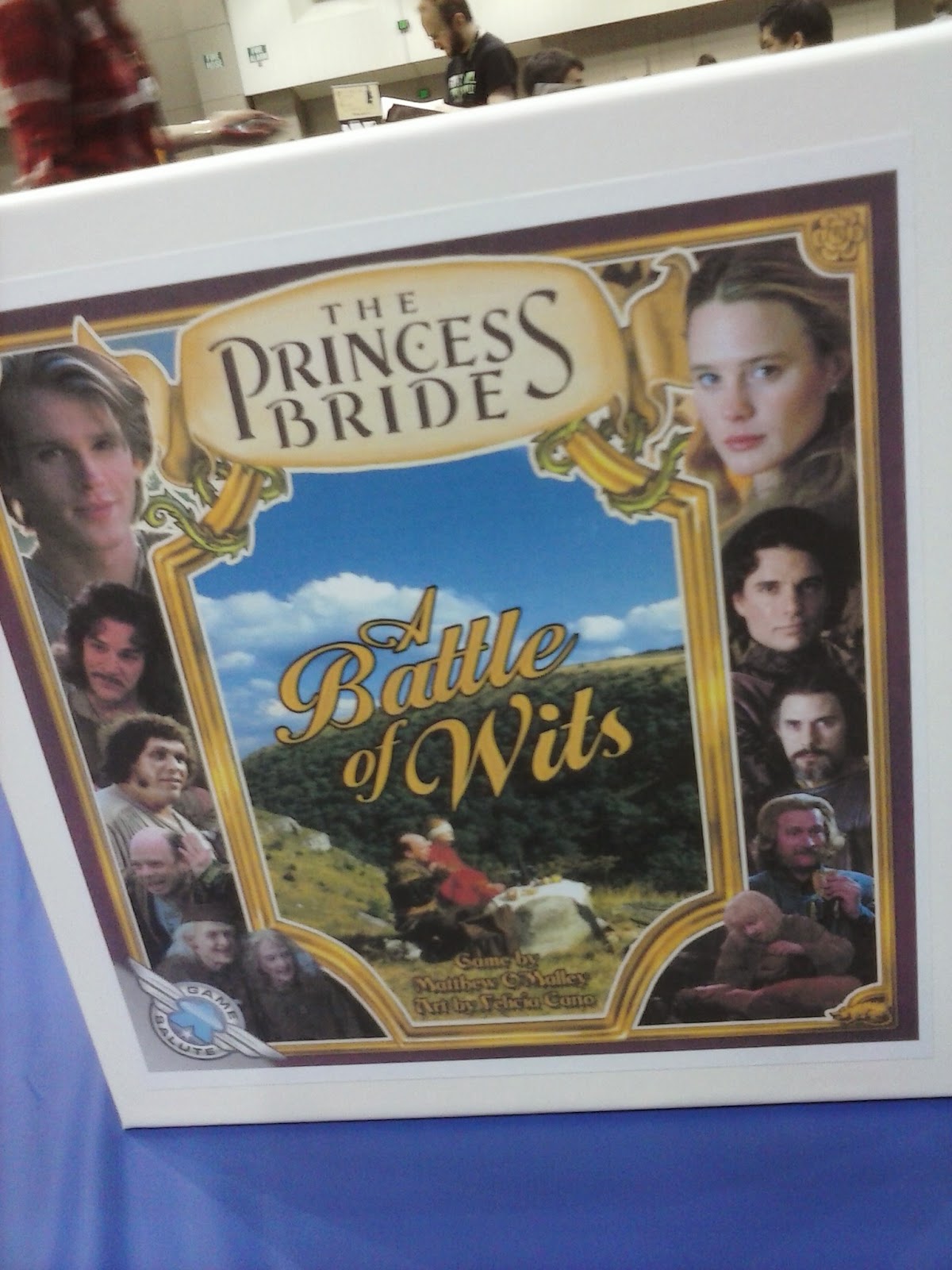 After a good night's sleep, I went to breakfast with the APE Games crew. We went to this nice little place crammed with other industry people (the Steve Jackson crew was there, too!). Nevertheless, we only had to wait a short time. We then found ourselves seated with another party--all from Cincinnati! It was cool meeting them. We also got in a game of Coup while our food was being cooked.


The first order of business was to demo my Princess Bride game, Miracle Pill, for Game Salute. I was joined by Matthew O'Malley demoing his game, Battle of Wits. We would show a group my game and then switch to his game. This was easy, as each game only took about 10-15 minutes. Lots of fun! 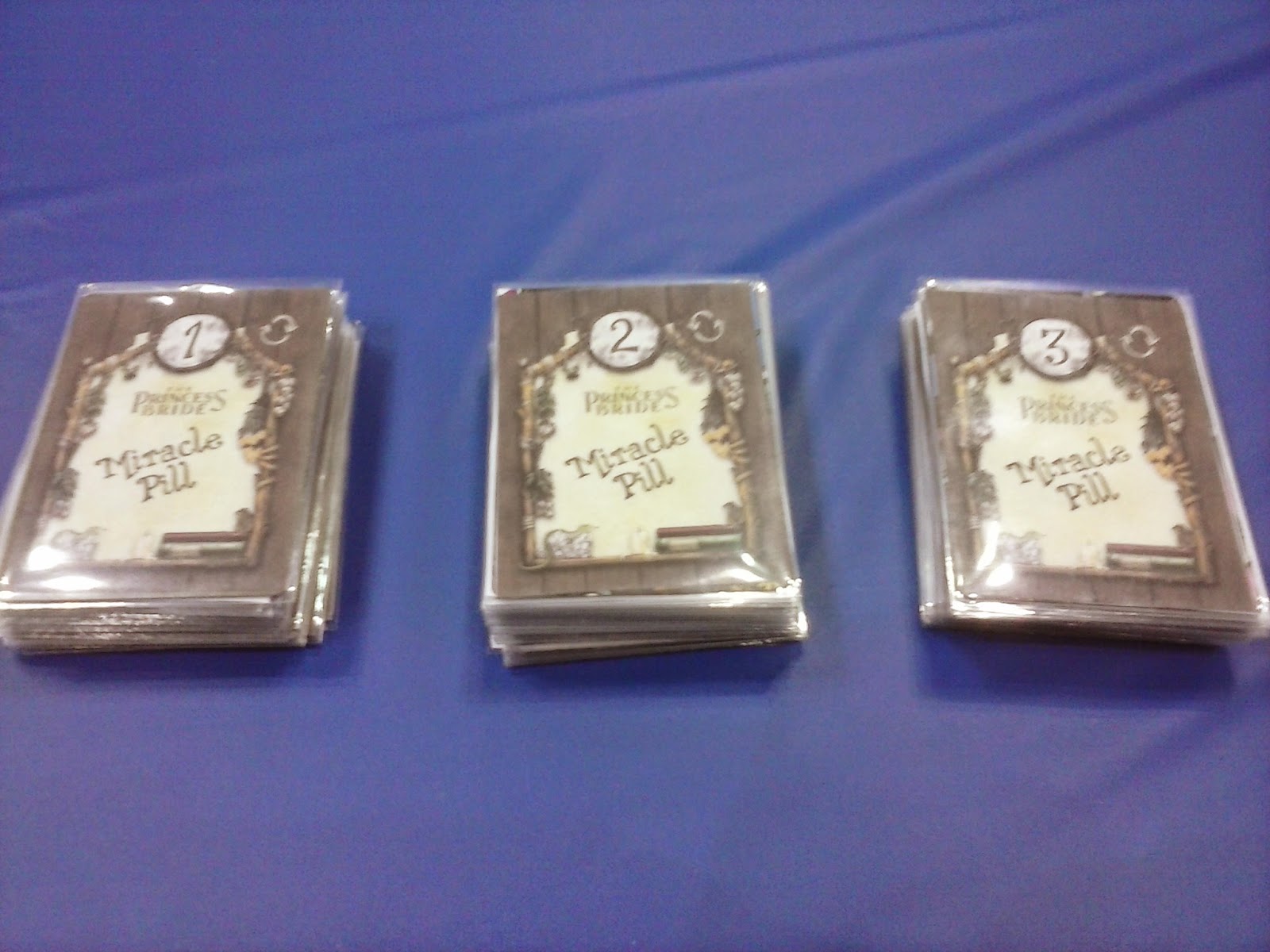 As soon as this ended, I had to hustle over to my next appointment, demoing Spirits of the Rice Paddy. Unfortunately, due to miss-labeled tables, and/or confusion about the demo listing (and my lack of directions), I did not find anyone at the table. Later I found out that one person was waiting at a different table. So I ended up back at the APE Games booth, demoing to Dan Patriss of the Geek Jock Podcast. This was immediately followed by another demo.

At 5:00, I was scheduled to appear on the BGG with Seth Jaffe and Andy Van Zandt to talk about my upcoming Eminent Domain: Battlecruisers. This is a customizable mini-game. The video should be uploaded soon to the BGG page.

After this, I met David Miller of Purple Pawn to show off my games and eat a horrible hotdog/brat. We played Fidelitas, and he immediately became a fan!

Later that night, I got a chance to play some cool prototypes by other designers. TC Petty, III showed us a game based on a short story by Chekhov. Later upcoming designer David Short let us try his real-time zombie card-passing game. Both were pretty neat. In between, I broke out my newest design, a mini-euro area-control game. It BOMBED badly. I'll definitely have to put some more work into this one. Quite embarrassing, but that's how progress is made! The night ended at 3:30 a.m.